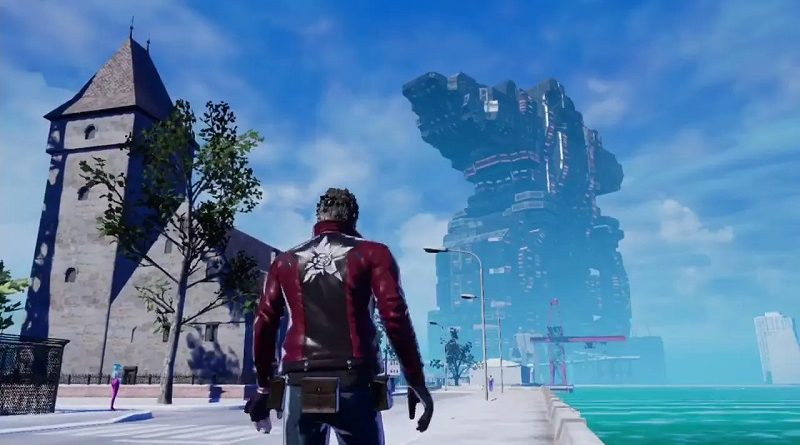 Last month, Marvelous began sharing some videos for No More Heroes 3, showcasing some of the elements and gameplay mechanics of the game. The first one was about the Beam Katana (and the unique way to recharge its batteries), the second one showcased two mechanics of the battle system (Emergency Evade and Weapon Clash), the third one was about Slashes & Death Blows, the fourth one about Death Kick & Death Force, the fifth one about Death Rain & Death Slow, the sixth one about Mustang Mode & Throw Mode, the seventh one about Full Armor Travis, the eigth one about Retry Roulette, the ninth one about DonMai Sushi and Toilet Saves, the tenth one Santa Destroy and Thunder Dome, and the eleventh one Perfect World and Call of Battle.

The latest video for No More Heroes 3 showcases two more areas found in the game: Neo Brazil and Damon Tower.

Neo Brazil is a coastal town, with some rather futuristic buildings (and some strange alien-like structures). As for Damon Tower, it’s an absolutely massive tower built by Damon Riccitiello (CEO of Utopinia and childhood friend of FU). FU, No. 1 in the Galactic Superhero Ranking, waits for you at the very top. The tower is so huge that you can see it from lots of different places in the game!