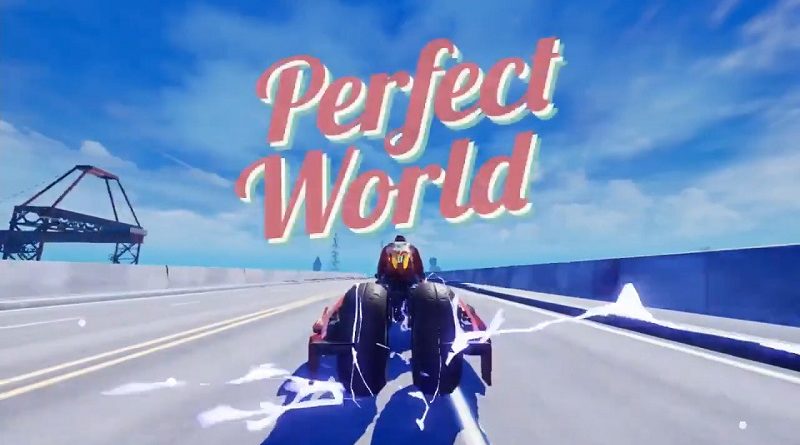 Last month, Marvelous began sharing some videos for No More Heroes 3, showcasing some of the elements and gameplay mechanics of the game. The first one was about the Beam Katana (and the unique way to recharge its batteries), the second one showcased two mechanics of the battle system (Emergency Evade and Weapon Clash), the third one was about Slashes & Death Blows, the fourth one about Death Kick & Death Force, the fifth one about Death Rain & Death Slow, the sixth one about Mustang Mode & Throw Mode, the seventh one about Full Armor Travis, the eigth one about Retry Roulette, the ninth one about DonMai Sushi and Toilet Saves, and the tenth one Santa Destroy and Thunder Dome.

Perfect World is an area which was designed to reproduce the (stereo-)typical American suburb, complete with residential areas and diners. A pretty quaint area featuring neat little houses with front lawns.

Call of Battle is the complete opposite of Perfect World. It’s a desolate area, designed to reproduce a devastated battlefield (complete with barbed wire, buildings in ruin, and more). It features a special CRT-style filter that gives the area a pretty retro feel!

And here’s the YouTube playlist with all the videos mentioned above: