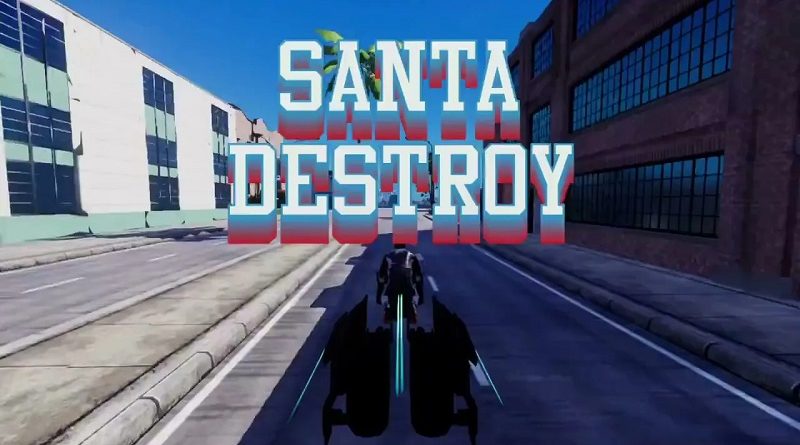 The latest video for No More Heroes 3 showcases two of the areas you will be explore in the game: Santa Destroy and Thunder Dome.

Santa Destroy is back in this third numbered entry, and it features plenty of familiar and brand new areas to check out (including the infamous No More Heroes motel). You can explore it while riding Travis’ iconic Schpeltiger motorbike, but also on foot.

Once a seedy small town, this sleepy, blood-soaked patch of dirt bloomed into a tourism hotspot (go figure) and was built up in part by Damon Riccitiello’s massive tech empire, Utopinia. Explore five areas of the expanded city on your blazing-red Schpeltiger motorbike, or zip around quickly via Fast Travel Service.

As for the Thunder Dome, it’s a brand new area that mostly consists of barren salt pans. It’s there that you will find Neo-Osaka, an entertainment district.