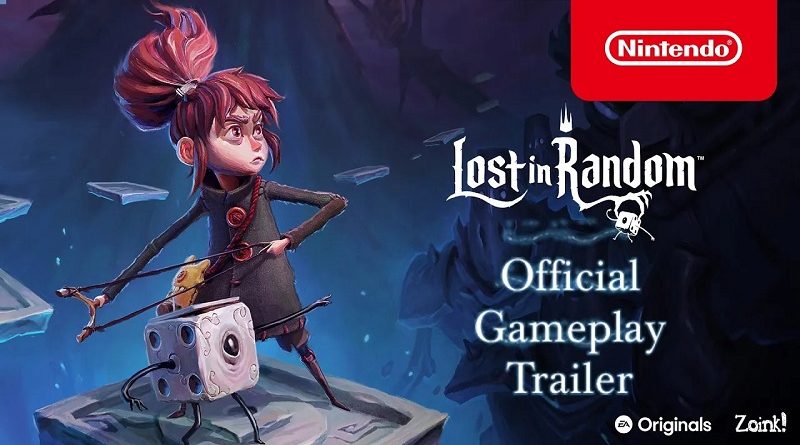 During the latest EA Play Live, there were a few announcements for the Nintendo Switch, with a release date for Lost in Random, and new seasons for both Knockout City and Apex Legends!

First: Lost in Random. It will be released on September 10th worldwide. Here’s the latest trailer and some more details:

Welcome to Lost in Random, a dark and twisted fairytale where anything can happen with the roll of a dice. Together, with your companion Dicey, you’ll battle fearsome opponents as you travel through the six shadowy realms of Random on a mission to save your sister from an evil Queen. Collect coins on your journey and trade them for powerful cards. Then, roll Dicey to freeze time in deadly dice combat and play your cards to unleash formidable attacks, abilities, combos, and more. You’ll also meet unpredictable residents and take on courageous quests as you travel deeper into the heart of Random.

In this thrilling action adventure game from studio Zoink!, you’ll adapt or perish as you battle inside giant board game arenas that change with every dice throw. Join fearless Even and her companion Dicey as they learn to play the odds and dive into a dark wonderland where only the brave survive.

Ruled by a wicked Queen, the Kingdom of Random is divided into six shadowy realms where life is dictated by a cursed black dice. Journeying as Even, players will walk the land’s mysterious cobbled streets, meet its unpredictable residents and take on courageous quests in order to save her sister, Odd, from Her Majesty’s clutches. Along the way, they’ll team up with Dicey, a small and strange living dice, and together uncover an age-old tale with a surprisingly modern message not typically explored in gaming: Randomness in the world isn’t something to be feared or controlled, but a power that can be harnessed by embracing it and learning to roll with its punches.

Random rules all in the Kingdom of Random, and this principle is deeply embedded in Lost in Random’s innovative gameplay. Coins are collected that enable Even to learn new attacks, abilities and more – all of which come in handy during unique tactical combat. Players will use Even’s slingshot to attack deadly foes and knock off energy cubes that power Dicey. Once charged, they can roll Dicey to freeze time itself and unleash his powerful magic. Players will need to adapt their battle strategy on the fly within evolving board game arenas in order to defy a cursed fate and truly harness the power of randomness.

Next: Knockout City. Season 2, Fight at the Movies, will kick off on July 27th. It will feature a brand new map: Holowood Drive-In!

Fight at the Movies stars a new map, the Holowood Drive-In, where the playing field changes in real-time as you brawl through scenes from movies across every genre. What’s a movie without snacks, though? Grab yourself a concession-stand classic with the all-new Soda Ball. Time your throws to cover your rivals’ screens with sticky soda!

Finally, it was announced that Season 10 of Apex Legends, Emergence, will launch on August 3rd! Here’s the trailer: