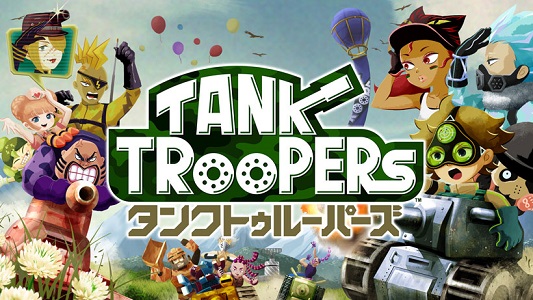 Today’s Nintendo news : some screenshots for Tank Troopers, but also…

Tank Troopers (3DS eShop) comes out before the end of the year in North America, and in Early 2017 in Europe.

Looking forward to the next National StreetPass Holiday? Well, it’s now live until January 15th in North America! If you visit one of the many Nintendo Zones in the United States and Canada, you will be able to get the usual StreetPass hits from players from all around the region, but also Shigeru Miyamoto’s Mii.

Click here for more details, including additional content you can get via the internet for various Nintendo 3DS games!

Here’s a commercial for Dragon Quest VIII: Journey of the Cursed King on Nintendo 3DS:

Dragon Quest VIII: Journey of the Cursed King (3DS) comes out on January 20th in Europe and North America.

Here’s the North American boxart for the Poochy & Yoshi’s Woolly World amiibo bundle (including the Yarn Poochy amiibo), along with some more screenshots for the game:

Poochy & Yoshi’s Woolly World (3DS) comes out on January 19th in Japan, and February 3rd in Europe and North America.

Mario games on Wii U

Just like they did for the Nintendo 3DS, Nintendo posted an article introducing the various Mario games available on Wii U (not counting Virtual Console titles). Naturally, this is totally an attempt to capitalise on the tremendous success of Super Mario Run, which has already been downloaded over 40 million times. Click here to check out the article!