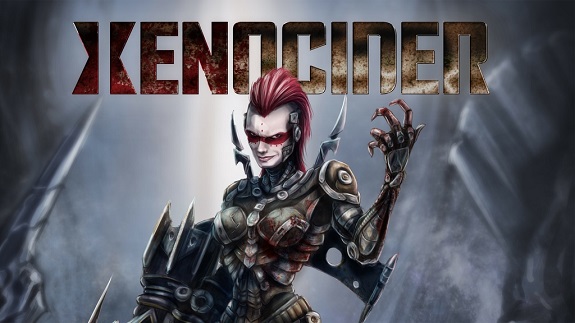 Xenocider is a 3D arcade action game with retro-futuristic aesthetics, currently in development for the Nintendo 3DS and other platforms. The game is on Kickstarter, and the developers need $92 000 to complete development. If they get at least $170 000, there will even be console versions, including one for the Wii U.

You can check out the game on Kickstarter right now!

Today, the developers of Armikrog gave an update regarding the Wii U version of the game. They explained that development was going well, though they still have to deal with some technical issues resulting from the PC > Console conversion. Right now, their main focus is getting the controls right, and making sure they work smoothly. And in order to make the game run more efficiently on Wii U, they’re updating the artwork.

Unfortunately, they don’t have a release date right now.

In this article, Nintendo World Reports give some small tidbits about the Wii U version of Axiom Verge. From the looks of it, it doesn’t have any special features, other than the map and weapon selection on the GamePad.

Yesterday, Circle Ent. confirmed that Conveni Dream would indeed be released on May 26th in North America, and would cost $5. Our Upcoming Releases page has been updated with this new date!

Here’s the trailer for the game, along with some screenshots:

Our Upcoming Releases page has been updated with this new game!

Yesterday, Starfall Studios announced on Twitter that the Wii U version of Sneaky Ninja should be released sometime in October (most likely). We will have to wait a coupe of months before getting a proper date.

Earlier this week, Hullbreach Studios revealed the full changelog for Version of SDK Paint: which is as follows: