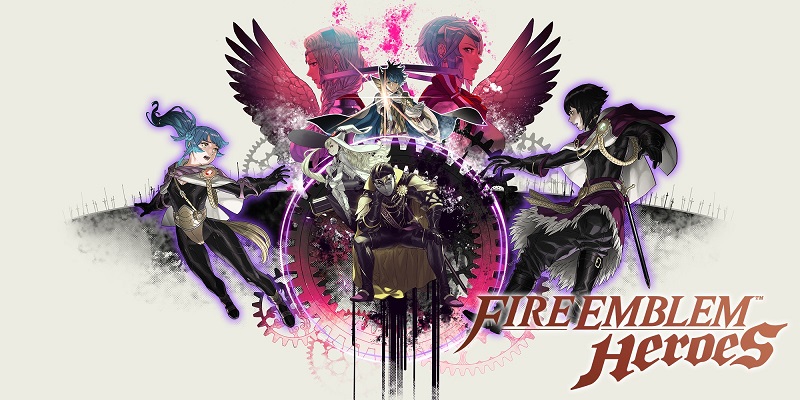 On this page, you will find all there is to know about the Software updates for Fire Emblem Heroes on Android and iOS (originally released on February 2nd 2017 in Europe, Japan, and North America).

You can now set up your summoner under My Summoner in the Allies menu. You can change your summoner’s appearance, name, and greeting for your friends.

When you change your summoner’s appearance they will appear with your selected look in certain situations.

To set My Summoner, tap Allies, then Interact with Allies, and then My Summoner in-game. In addition to choosing your summoner’s appearance, you can also equip accessories and use Copy Skills.

Note: Your My Summoner unit can equip accessories already equipped by a Hero.

An accessory specific to My Summoner, (S) Blindfold, will be given to you the first time you enter the Edit Accessory screen on the My Summoner menu. There are six other My Summoner accessories in the Accessory Shop in Aether Resort too, so be sure to check them out there!
○ Skills
My Summoner starts off with the Dire Breidablik weapon skill equipped.

Notes:
・ Copying a new skill overwrites the old skill. My Summoner will retain only the skills they have equipped.
・ Sacred Seals can also be copied. My Summoner and allied Heroes can equip the same Sacred Seal at the same time.

Choose Specials, A Skills, and more using filters, copy them to your summoner, and make your own My Summoner with them!

○ Combat
You can deploy your summoner in Mjölnir’s Strike along with your Heroes. For more details, see the section labeled Mjölnir’s Strike updates and notifications about the Brace phase.

There are For Summoners Quests available to commemorate the release of the My Summoner feature. Fulfill the quest conditions while clearing certain maps to get three types of accessories specific to My Summoner!

○ The Brace Phase map is now bigger
The map is now 8×10 spaces, with 4 rows dedicated to the top portion of the map and 6 rows for the bottom.

○ My Summoner can now participate in Mjölnir’s Strike!
Your summoner will now be automatically added to your Mjölnir’s Strike defensive team. The My Summoner unit can be added to any of the slots described below, with the exception of the special slot. Note that My Summoner has no impact on the strength of enemies.

Notes:
・ My Summoner cannot be made a cohort of allied Heroes via Pair Up.
・ My Summoner must be included in one of the slots on your team.

○ Slots have been added to defensive teams
New slots have been added: a set of Atk+10 slots and another set of special slots, which can only be occupied by Mythic Heroes of the current major season and/or a Hero with a blessing that matches that season. This addition increases the total number of slot sets to 6. Note that My Summoner and Heroes in special slots have no impact on the strength of enemies.

・ Atk+10 slots
These slots give a bonus of Atk+10, and the units that occupy them can act in the bottom portion of the map.

・ Special slots
You can use the special slots by fulfilling any one of the conditions below.

1. A special slot can be unlocked by deploying a Mythic Hero of the current major season in any of the normal slots on your team. This includes only Heroes who appeared after Ver. 5.0.0, who increase the number of slots in Aether Raids. Only Heroes of the current major season or Heroes with a blessing that matches that season can occupy a special slot.

The special slots give a bonus of +3 to all stats, and the Heroes who occupy them can act on the bottom portion of the map.

Notes:
・ You can check Mjölnir’s Strike’s current season on the main menu of the event, the Edit Defensive Team screen, and other places.
・ Since you cannot grant the My Summoner unit a Blessing, it is not possible to place them in a special slot.

Example:
1. If you have deployed Reginn: Bearing Hope, who has a major Mythic Effect for Astra season and increases the number of slots in Aether Raids, to a normal slot during a Mjölnir’s Strike major Astra season, then a special slot is unlocked and can be used.

2. If you have deployed Reginn: Bearing Hope, who has a major Mythic Effect for Astra season and increases the number of slots in Aether Raids, to a special slot during a Mjölnir’s Strike major Astra season, then you can use the other special slot.

Each new mechanism affects the My Summoner unit and their surroundings. Review the fighting style of the Heroes in your team and feel out what works best for you!

○ Rewards have been added
・ The amount of Dragonflowers given as tier rewards has been increased.
・ You can also now get Dragonflowers as rewards when your Askr LV. is 30.

You can play the updated Mjölnir’s Strike with the Shield Phase beginning 11/2/2021 7:00(UTC) We hope you’ll look forward to trying it out!

A new summoning category, 4★ Special Rate, has been added to summoning events that begin after the update. With this change, 5★ New Heroes that were added to the game before August of 2018 will be summoned as 4★ Special Rate Heroes, and then awaken to 5★ Heroes on the summoning screen. These Heroes will no longer appear as part of the 5★ category.

・ Special Skill
Ice Mirror II
Cooldown: 2
If foe is 2 spaces from unit, reduces damage
from foe’s attacks by 40%. After triggering,
boosts damage for unit’s next attack by 40% of
unit’s Res. (Boost resets at the end of combat.)
This skill can only be equipped by its original unit.

・ A Skill
Atk/Def Unity
If unit is within 2 spaces of an ally, grants
Atk/Def+5 and bonus to Atk/Def during
combat = current penalty on each of those
stats × 2. (Example: if unit has -7 penalty to
Atk, grants Atk+19, for a net bonus of Atk+12.)
Calculates each stat bonus independently.

・ Special Skill
Radiant Aether II
Cooldown: 4
At the start of turn 1, grants Special cooldown count-2 to unit. Treats foe’s Def/Res as if reduced by 50% during combat. Restores HP = 50% of damage dealt.
This skill can only be equipped by its original unit.

With the release of Ver. 5.2.0, players can now obtain Divine Codes (Ephemera 2) from events and exchange them for an updated lineup of Limited-Time Combat Manuals using the Compile Combat Manual feature.

Divine Codes (Ephemera 2) will be able to be exchanged for the following Combat Manuals:

Notes:
・ The Combat Manuals that were added in this update may be compiled until 28/3/2021 6:59(UTC)
・ Divine Codes (Ephemera 2) may be obtained from events that begin after the release of Ver. 5.2.0, while Divine Codes (Ephemera 1) may continue to be obtained from events that began before the release of Ver. 5.2.0.

The following Hero can now learn this new character-specific weapon skill at 5★:

・ The weapon above can be upgraded in the Weapon Refinery after it has been obtained.
・ To learn weapon skills, tap Allies, then Ally Growth, and then Learn Skills.

The following weapons can now be upgraded or gain additional special effects by using Arena Medals and Divine Dew:

Audhulma
Hero who can learn this skill: Joshua: Tempest King

Meisterschwert
Hero who can learn this skill: Reinhardt: Thunder’s Sword

Note: To access the Weapon Refinery, you must clear Book I, Chapter 13 in the main story and then clear the second Intermission map, The Rite of Blades.

○ The Beginner enemies are now all NPCs
When you play Pawns of Loki on Beginner difficulty, regardless of your Tier, the enemies that appear will be NPCs on every turn. For Intermediate and Advanced difficulties, if you are Tier 1, enemies will be NPCs on all turns. If you are Tier 2 or above, other players’ teams will appear as enemies on turn 4 and beyond.

○ Pawns of Loki now counts toward your number of friends helped
If a friend borrows a Hero from your brigade and clears Pawns of Loki with them, that will count toward how many times you helped your friends.

○ Aether Resort has been updated

The following Heroes are available to summon using Heroic Grails:

We fixed an issue where in certain conditions, the “grants Special cooldown charge +1 per attack” effect of Velouria: Renewed Wolfpup’s weapon skill, Renewed Fang, was granted to other allies when it should only affect her support partner.

Post-fix Effect: If a Hero is the support partner of Velouria: Renewed Wolfpup and is within 2 spaces of her, that Hero will receive the “grants Special cooldown charge +1 per attack” effect.

This update includes the following:

Issues have been addressed.

The new Feh Pass subscription service is now available.
Plus, the 3rd Anniversary celebration is in full swing!

The second-anniversary celebration is on now—and the app’s icon has been updated as well! Players who update the app and log in will receive a 2nd Anniversary castle design.
A new item, Dragonflower, has been added. Earn Dragonflowers by succeeding in the new map type, Heroic Ordeals, and use them to further strengthen your Heroes.

How to update Fire Emblem Heroes for Android and iOS?

To download updates for Fire Emblem Heroes, you have two options:

To check that you have the latest version of the game, simply launch it: you should see the right version number on the Title Screen, at the bottom left corner of the screen: 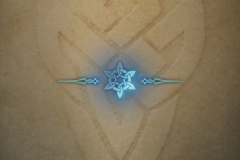