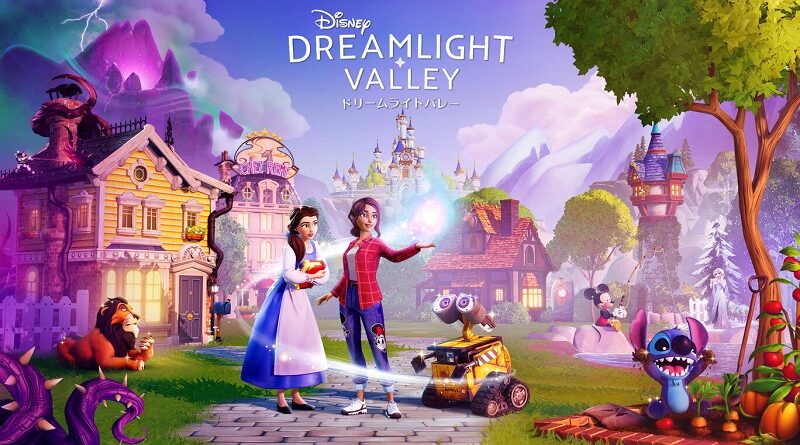 On this page, you will find all there is to know about the various Software updates for Disney Dreamlight Valley on Nintendo Switch (originally released on September 6th 2022 in North America, Europe, and Japan)!

No patch notes available yet. This update brings the following to the game:

In ‘Scar’s Kingdom’, the iconic savannah of the Sunlit Plateau is in peril! The Pillar of Nurturing, once the key to keeping the Plateau vibrant and green, has dried up and is blocked by mysterious and dark magic. In order to bring the Plateau back to life, you’ll team up with Scar – the would-be usurper of the Pride Lands who was trapped while The Forgetting ravaged Dreamlight Valley. You may want to equip your Royal Pickaxe too, as you’ll be headed to a new area deep within the Plateau’s mines to restore the Pillar of Nurturing and find the source of the problem, all while dealing with Scar’s less-than-honest motivations.

In addition to Scar’s Kingdom content, you will find a new Star Path awaiting you on the Events page – this time, with a nefarious flair! You will need to tap into your dark side and befriend the villains living in the Valley, or perhaps just skulk around alongside them. As you complete event duties, you’ll be rewarded with tokens that you can spend on exclusive items inspired by Halloween and Disney villains. Sometimes, it’s good to be bad.

With Halloween on the horizon, you will find new items in the Scrooge Shop and new craft-able items at your workbench. We also have a few tricks and treats planned – stay tuned for more news soon!

With all the new story, seasonal and Star Path content that has been included in Update 1, we wanted to take a moment to recognize some of the changes that we’ve made to the game based off Community feedback. Listening to the feedback of our passionate Community in the Early Access period is incredibly important to our team and the future of the game. We’re so thankful for everyone who’s taken the time to share their thoughts with us, be it their experiences or feature suggestions! Here’s just a few of the changes and additions that you can expect in Update 1:

How to download updates for Disney Dreamlight Valley for the Nintendo Switch?

To download the updates for Disney Dreamlight Valley, you have three options: