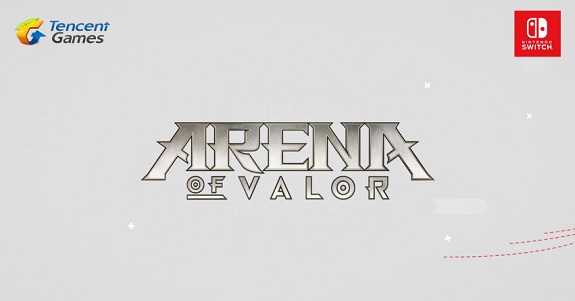 Today’s Nintendo eShop news (Round 2): release month and trailer for Arena of Valor, but also…

Yesterday, following the Indie Highlights presentation, Nintendo announced that download codes for select indie games were now available for purchase at select retail across in Europe, both online and in brick-and-mortar stores.

Here’s the first wave of games:

Download codes for even more indie games will become available in the upcoming months.

Today, Tencent Games announced that Arena of Valor will be released in September on Nintendo Switch. It will be the very first 5v5 team-based game on Nintendo Switch, and just like its mobile counterpart, it will be available as a free to play title!

This version of the game will have a global server, allowing players from different regions to play together no matter where they live, or which Nintendo eShop they got the game from. it will also feature a Ranked mode, as well as an exclusive Motion Sensor Hook War Game, that allows you to play by swinging the Joy-Con.

Finally, mobile players will be able to get juicy rewards via the “Status Match” event (to be announced after launch): those who have played enough on mobile to unlock characters will be able to transfer those to the Nintendo Switch version.

Arena of Valor (Switch – eShop) comes out in September worldwide. The Upcoming Games page has been updated!

Yesterday, GungHo announced that two of the most beloved RPGs of all time are comiong to the Nintendo Switch: Grandia and Grandia II, as part of the Grandia + Grandia II HD Remaster bundle. It will be released this Winter, worldwide.

Today, Team17 announced that Planet Alpha will be released on September 4th in Europe and North America. Here’s the latest trailer for the game:

You can find us in the ID@Xbox area, on the the Nintendo Switch booth and with Facebook!

If you get a hands on, we'd love to hear what you think.#PLANETALPHA #UE4 pic.twitter.com/zQvftjW7J2

By the way, this is going to be the 100th game published by Team17, so they made a special video to celebrate:

Planet Alpha (Switch – eShop) comes out on September 4th in Europe and North America. The Upcoming Games page has been updated!

Here’s the latest trailer for RICO:

RICO (Switch – eShop) comes out this Fall in Europe and North America.

Here’s a Behind-the-Scenes trailer for Decay of Logos:

Today, Digerati announced that Shikhondo – Soul Eater will be released on August 30th in Europe and North America, and that it will get a 10% off launch discount. Here’s a trailer:

Shikhondo – Soul Eater (Switch – eShop) comes out on August 30th in Europe and North America, and this Summer in Japan. The Upcoming Games page has been updated!