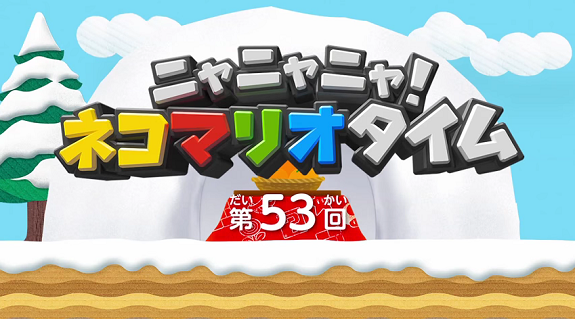 Super Smash Bros. for Wii U and Nintendo 3DS

In this first segment, Cat Mario and Cat Peach introduced the latest and last DLC characters for Super Smash Bros. for Wii U and Nintendo 3DS:

During this segment, Cat Mario and Cat Peach showcased the battle system of Monster Strike on Nintendo 3DS. First, there’s Friendly combos: you can deal even more damage by hitting your allies during battles. There’s also the Strike Shots: powerful attacks your monsters can use. Those will be pretty useful to get rid of bosses.

Bosses have pretty strong abilities, but also some weak points: you have to take advantages of those in order to win. If you manage to beat them, you will get some pretty valuable items, which will allow you to strengthen your monsters and even make them evolve.

Of course, Cat Mario and Cat Peach don’t forget to mention the game can be played in local multiplayer!

1) What does Paper Mario does when Luigi is all sad?
2) What’s the special combos of those enemies?
3) One of those cards is different from the others… which one?