Today, Nintendo made a rather surprising announcement… the Nintendo 2DS is coming out early next year in Japan! But it doesn’t look like it will be sold separately: it will be part of a bundle including a “physical copy” of Pokémon Green, Blue, Red or Yellow. 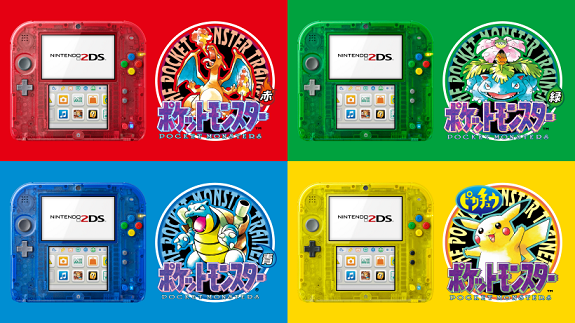 Those bundles will cost 9880Yen, making them some of the cheapest options for a brand new Nintendo 3DS console in Japan.

The Pokémon Company will also have a special offer: the bundle bundle will be available one day early there (in fact, it will only be sold there), and comes with an artbook and a CD with Pokémon voices.

But that’s not all… On February 27th, Nintendo will also release a special set of cover plates (#072), with artworks of the various Pokémon: