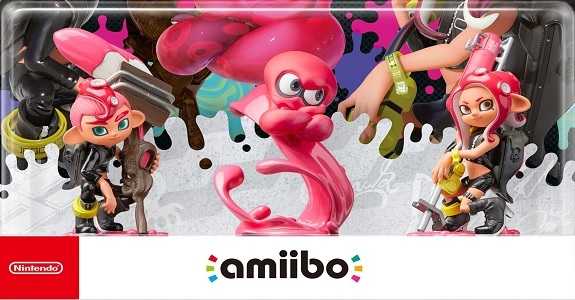 Today’s Nintendo news: the new Splatoon 2 amiibo only available as a triple-pack in Europe, but also…

Yesterday (completely out of the blue), Nintendo confirmed that the new Splatoon 2 amiibo (Octoling Boy, Octoling Girl, and Octoling Octopus) announced last month will only be available as a triple-pack in Europe. It’s the same in North America, which means that only Japan will get each amiibo separately. If you only want one of the three brand new, you will have no other option than to import one from Japan…

Speaking of Splatoon 2, here’s the recording of the livestream for the latest Splatoon Koshien Tournament, which was held yesterday in Japan:

The new Splatoon 2 amiibo come out on November 9th in Europe and Japan, and December 7th in North America.