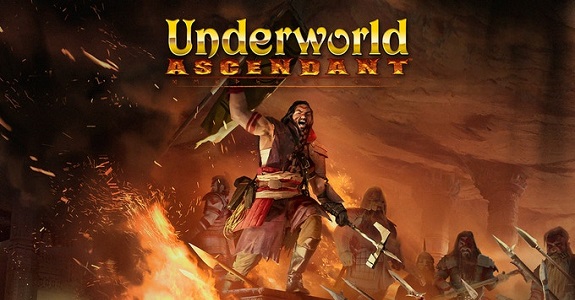 Back in 1992, a certain Fantasy RPG called Ultima Underworld was released on PC, bringing a healthy dose of novelty to the genre: 3D immersion (one of the very first first-person games in a 3D environement), emerging gameplay, and an open world to explore. For many players, it ranks among the all-time greatest PC RPGs ever made. Fastforward 26 years later, and Underworld Ascendant (a brand new entry in the series) is headed to the Nintendo Switch!

The game was successfully funded on Kickstarter back in 2015, where fans pledged over 800 000 dollars to make it happen. And now, even though it wasn’t part of the campaign (simply because we didn’t even know about the console in the first place), Underworld Ascendant is coming to the Nintendo Switch next year. The game is developed by OtherSide Entertainment (co-founded by Paul Neurath (Ultima Underworld, Thief) and Warren Spector (Deus Ex, Epic Mickey)), and published by 505 Games.

Here’s a trailer to whet your appetite for adventure:

In Underworld Ascendant, players assume the role of ‘The Ascendant,’ summoned to the Stygian Abyss by a mysterious figure – Cabirus. There, they learn that Typhon, a threat to both their worlds, can only be stopped by the player. To defeat Typhon, players must uncover secrets of what happened to the inhabitants of the Abyss, gain favor with their descendants and share their knowledge and strength with them to defeat Typhon.

Just like Ultima Underworld, Underworld Ascendant will put the focus player choices: it encourages different playstyles, rewards experimentation, and the dungeon environment reacts dynamically to your choices. Players can also choose from a variety of items, skills, and abilities, in order to overcome the many challenges of the Abyss in the most creative way. Each decision you make holds great opportunity, but also grave consequence…

For more details about the game, make sure to check out the official website!

Underworld Ascendant (Switch) comes out next year in Europe and North America. The Upcoming Games page has been updated!