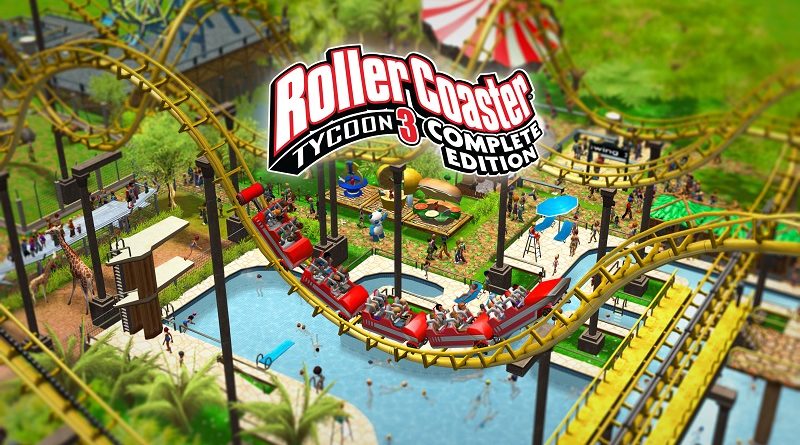 While returning players can relive the full RollerCoaster Tycoon 3 experience, new players diving in for the first time will feel the thrill of building and managing the amusement park of their dreams. With RollerCoaster Tycoon 3: Complete Edition, you can become a true tycoon and embark on a promising managerial career, controlling park finances, shops services and staff. Succeed in dozens of scenarios, filling your bustling park with more than 300 unique coasters and rides, 500 scenery pieces, 60 shops and services, and 20 animals to rear and raise.

If you prefer to let your imagination run wild and create your ideal park without money woes, RollerCoaster Tycoon 3: Complete Edition has you covered with Sandbox Mode. With all the creative tools at their disposal, including all content from the Soaked! and Wild! expansion packs, players shall relish the added challenge of creating and managing exhilarating waterparks and spectacular animal habitats. 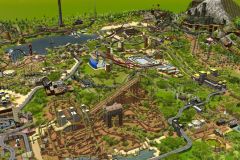 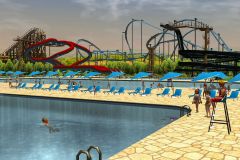 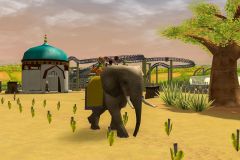 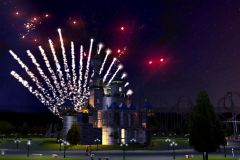 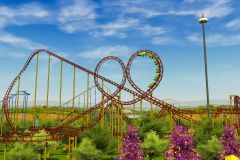 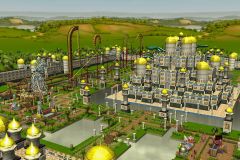 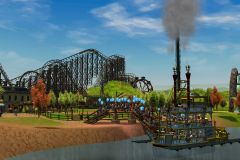 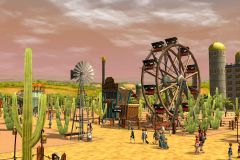 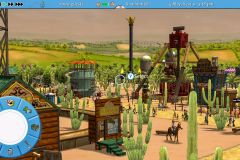 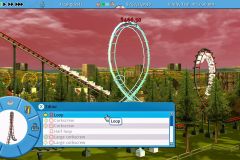 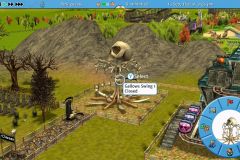 RedDeerGames have announced their latest game for the Nintendo Switch: Art Sqool, an art school simulator from Julian Glander. It will be released this October in Europe and North America. This version of the game features touchscreen + stylus support.

In ART SQOOL you are Froshmin, and it’s your freshman year. Create art, explore the beautiful, mysterious, sprawling campus, and complete tasks given to you by the professor.

The professor is a neural network, an art-trained A.I., as well as your faculty advisor. He uses his high-tech capabilities to objectively grade your work. The campus is spread over a number of floating islands and filled with bizarrely shaped objects and bizarre plants. In addition to that, you can fly around.

Sometimes you might be asked to transfer a specific object from the game area to the virtual canvas, at another point you will have to paint a horse… But usually, you can just let your imagination run wild – this is a game that will certainly spark your creativity. Don’t worry that you might not be an artist. ART SQOOL will prove that you are.

But there is no painting without brushes, right? You can collect quite a few new brushes – although you will have to find them first! Over a dozen of them are hidden around the campus area. Get them all!

Art Sqool (Switch – eShop) comes out this October in Europe and North America.

The latest Event for SMITE, Odyssey: Reckoning, is now live.

Starting now with the launch of Odyssey: Reckoning and up until early 2021, players will be able to unlock dozens of high-quality skins as they gradually release through the event. Five are already available, including the Unlimited T5 skin, the jewel in the crown: Eclipse Summoner Hel. She is the one bridge between absolute opposites; she masters and controls the Guardians of Sun and Moon. In battle, Eclipse Summoner Hel is constantly followed and aided by either one of those two mythical beings. One gives way to the other as she switches her stance in the never-ending cycle of light and darkness.

Some Odyssey skins can be directly purchased while others will be obtained with Odyssey points. All players earn points when buying select skins and bundles—not necessarily related to the Odyssey. What’s more, the new Battle Pass also yields points for free. The Odyssey: Reckoning also brings quests and rewards with an all-new Odyssey map to explore, plus story developments. All players will also enjoy free gifts with the Voyager’s Log side-event celebrating the Odyssey: Reckoning. For the first 15 days of Odyssey:Reckoning, everyone logging can claim special rewards including new cosmetics—one each day and all for free.

Finally, here’s a video for both the Odyssey: Reckoning event and the Necropolis Battle Pass: