Turned-Out Games have launched the Kickstarter campaign for Demons Ate My Neighbors!, a retro-inspired, thrilling roguelite shooter. It runs until October 15th, with the main goal set at $199 100 ($6 676 pledged as of writing). Click here to check out the Kickstarter page for the game!

Here’s some details and screenshots (trailer can be found on the Kickstarter page):

1991’s summer scorches the sleepy Fairweather Valley suburbs. April, a posh bad-ass city girl, and Joey, a delinquent with a heart of gold, looked forward to chilling before a cursed VHS made summer school somehow worse and unleashed the collective nightmares of their generation upon their helpless burb. Totally uncool.

Grab a partner, a trusty Splasha holy squirt gun and pump it to build up pressure for maximum demon drenching, or Overpump it for a massive splash blast to soak the spawn of evil. Swap nozzles to change attack patterns and level up your stats with Nitro Splashtanks and other household upgrades found along the ever-changing way.

Never get lost with the RadWatch – the Radical Radar Radio watch built to track the VHS villains who stand between April, Joey and their summer, powered by the demonic energy enemies release when liberated from their wack monster bodies. Spray, pray, and find the way.

Possessed neighbors leave the pair with only three choices: DAMN, DELIVER, or DIE. Defeat Tuned-Out Citizens with lethal weaponry to DAMN them forever, or drain their recharging stamina with a sanctified Splasha arsenal to DELIVER them from evil. Infinite rewinds encourage different tactics, so play nice or tear up the neighborhood while collecting VHS tokens from bosses to unlock permanent upgrades for future attempts. 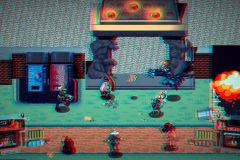 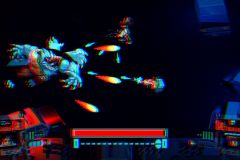 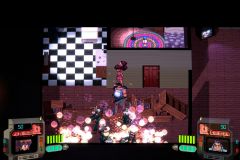 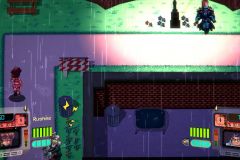 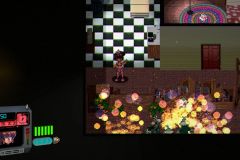 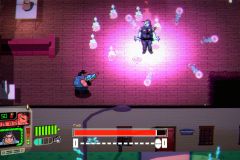 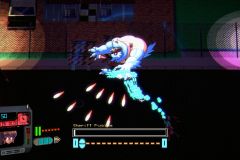 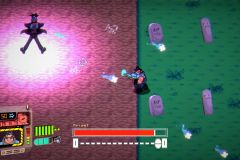 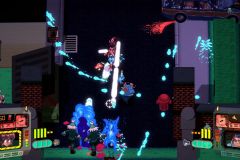 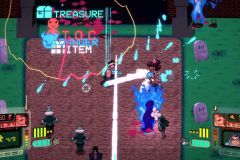 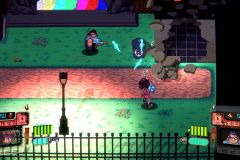 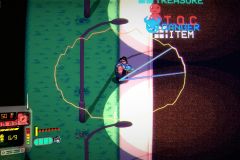 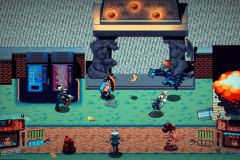 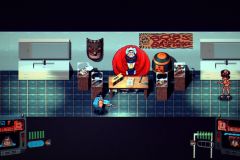 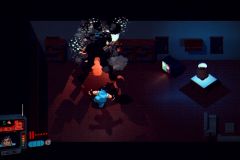 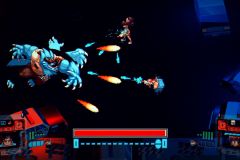 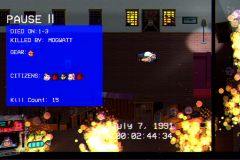 Demons Ate My Neighbors! (Switch – eShop) is slated for a Q4 2021 release in Europe and North America. It will be playable in English, Spanish, French, German, Italian, Brazilian Portuguese, and Japanese.

Zelart have announced a game for the Nintendo Switch: There Is No Light, a non-linear Action RPG. Its Kickstarter campaign is now live, with $30 000 as the main goal. As of writing, $13 617 have already been pledged, with 27 days left. Click here to check out the Kickstarter page for the game!

There Is No Light is a grim post-apocalyptic pixel-art action-adventure. Explore the underworld and slay hordes of demonic creatures. Plunge into a reality where the entire human population has been eradicated by a global catastrophe. Battle your way through bloodthirsty demonic forces to bring order to the world… Or become the herald of its destruction!

In the gameplay core lies an aggressive fighting style. It resembles a deadly dance, where any mistake could be your last, but avoiding battle is not an option. A Rage system builds up when damage is inflicted on enemies and the environment, the hero can use special weapon abilities in order to gain an advantage in battle.

Fight your way through the dangerous lands of the Underworld, defeat deadly bosses, and find a way to the light which has been taken away by the Church of the Great Hand.

There Is No Light (Switch – eShop) is slated for a Q3 2021 release in Europe and North America.

Half Human Games have announced that Dwerve (a Tower Defense RPG) is coming to the Nintendo Switch. The Kickstarter campaign for the game is ongoing, and has recently reached $30 000. For the Nintendo Switch to happen, total pledge need to reach $60 000. As of writing, $31 535 have already been pledged, with 16 days to go. Click here to check out the Kickstarter page for the game!

Dwerve is a Zelda-like action tower defense RPG where you play as a dwarven tinkerer that uses turrets and traps to fight, coming to Windows, Mac, Linux, and, if the stretch goal gets reached, Nintendo Switch in summer 2021. Dwerve tells the story of a young dwarven tinkerer that adventures into dwarven ruins to unearth the lost technologies of the ancient warsmiths: turrets and traps. These are the only weapons that can protect the dwarves from Witch Queen Vandra the Wicked and her army of bloodthirsty trolls and monstrous creatures.

Dwerve (Switch – eShop) is slated for a Q3 2021 release in Europe and North America.

Spellbreak has been out for nearly a week, and Proletariat have shared some quick stats: 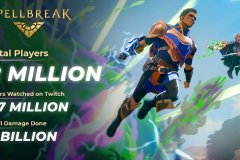