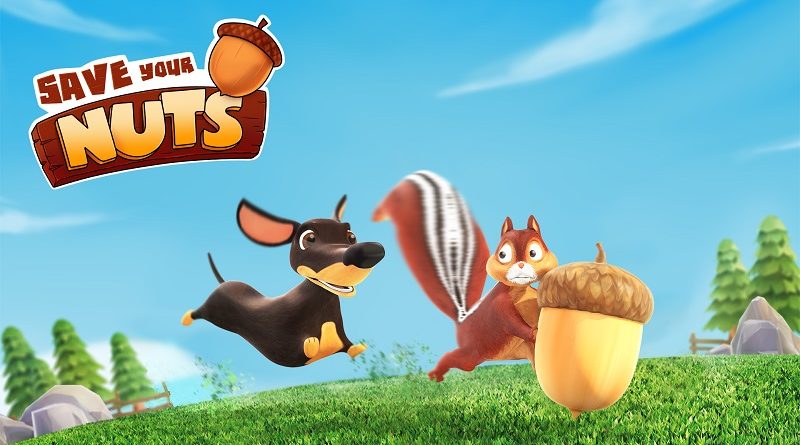 Today’s Daily news: release date and trailer for In Other Waters, but also…

Fellow Traveller have announced that In Other Waters will be released on April 3rd in Europe and North America. It’s now available for pre-purchase on the Nintendo eShop, with a 10% pre-purchase offer.

In Other Waters (Switch – eShop) comes out on April 3rd in Europe and North America. The Upcoming Games page has been updated!

Here’s the English version of the launch trailer for One Piece: Pirate Warriors 4:

Triple Scale Games have announced a game for the Nintendo Switch: Save Your Nuts, one of the nuttiest party games ever. It will be released on April 16th in Europe and North America.

Save Your Nuts is an accessible and also competitive multiplayer game inspired by the classic struggle of suburban pets and local critters like dogs, squirrels, raccoons, beavers, wolves, and armadillos! Players will pick their favorite varmint and chase, catch, throw, and tackle their way to securing the elusive acorns.  Each character has different abilities such as speed, strength, jump and other special moves, making its selection a strategic choice before diving in the arena.

The game features three different modes; Capture the Nut, where an acorn is dropped and teams fight to score it, Thieves, fight to steal multiple enemy’s nuts while protecting your own team’s, and Battle, a constant fight to be the last animal with their nuts intact. Each of these modes is playable across 10 different arenas ranging from backyards and parks to castles, ships, and even outer space! These maps are filled with unique hazards and power-ups that help players turn the tide of battle. Up to 8 players can compete locally, online or against a challenging AI to be the greatest nut defender the neighborhood has ever seen! 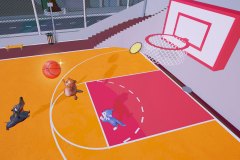 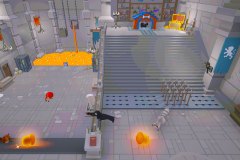 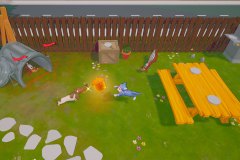 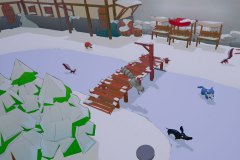 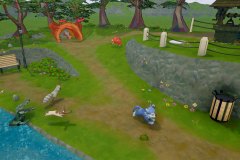 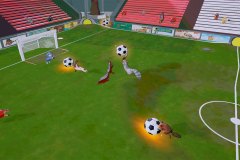 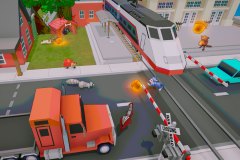 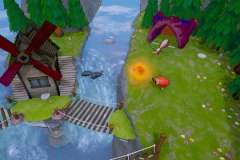 Save Your Nuts (Switch – eShop) comes out on April 16th in Europe and North America. The Upcoming Games page has been updated!

QubicGames have confirmed that HyperParasite will be released on April 3rd in Europe and North America (and April 2nd in Japan). It’s now available for pre-purchase on the Nintendo eShop.

Hopoo Games and Gearbox Publishing have shared the latest Content Forecast for Risk of Rain 2, with the next updates set for June and this Summer: 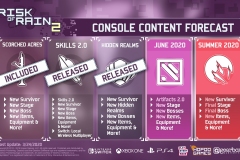 Here’s the launch trailer for Wheel of Fortune, now available as stand-alone game in Europe:

Here’s the launch trailer for Jeopardy!, now available as stand-alone game in Europe:

The latest translation from schmuplations is a collection of interview about Sonic CD. Click here to check them out!

This collection of interviews—two conducted immediately prior to the game’s initial release in 1993, and another in commemoration with the series’ 20th anniversary in 2011—offer some insight into the conception and development of Sonic CD from many of the game’s developers, including composer Naofumi Hataya, character designer Kazuyuki Hoshino and director and original Sonic designer Naoto Ohshima. While Sonic CD went relatively underplayed in its day compared to its cartridge-based siblings, the game’s surreal aesthetic and Toei-animated intro/outro videos were highly appreciated by the Sonic faithful, with their influence being particularly felt on recent Sonic media like the animated web series and Sonic Mania.