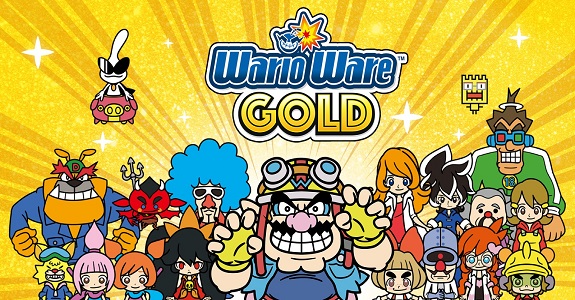 Here’s a special episode of Nintendo Minute, which is about WarioWare Gold:

And here’s the European launch trailer for it:

And here’s a video clip for the game:

Partake in 300 microgames in #WarioWare Gold for Nintendo #3DS – including Push, where winning has unfortunate consequences for your opponent. pic.twitter.com/1nGMMdsLdx

WarioWare Gold (3DS) comes out on August 2nd in Japan, and August 3rd in North America.

Hi, we had the best time last week at San Diego Comic-Con. The coolest part was getting the chance to meet some of you in person, hanging out and playing Super Smash Bros. Ultimate. Thank you so much for coming to our event. We had so much fun! As always, we hope you enjoyed this video and we’ll see you next week.

Here’s a trailer and some pictures for the 2nd free update for Kirby Star Allies, which adds three new Dream Friends, new puzzles to complete, and more!

Speaking of Kirby, First 4 Figures has announced that pre-orders for the Kirby – Warp Star statue would go live on August 3rd. Here’s a teaser video:

Here’s some pictures of Super Mario toys from JAKKS Pacific, releasing this Summer in Japan:

You’ve probably seen quite a lot of completely random things this week, but it’s highly likely none of them can beat Reggie Fils-Aimé appearing in… a lyp synch challenge video from the Seattle Police Department!

Here’s the latest video from the Play Nintendo YouTube channel: