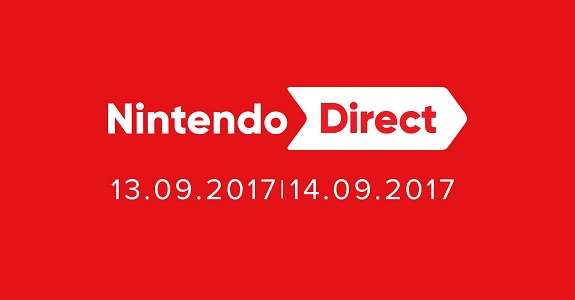 Today Nintendo aired a brand new Nintendo Direct presentation: one of the longest ever with tons of new announcements, reveals, and more. If you missed the presentation, no problem: you can check out the official recordings below!

New information about Mario’s upcoming adventure was revealed during the presentation, including more story details, locations and modes.

This massive sequel takes place in the world of Alrest on the backs of giant Titans. The journey through the clouds begins when Xenoblade Chronicles 2 lands on Nintendo Switch on 1st December.

Alongside the standard version, fans can also pick up a special edition of the game that includes a sound selection CD, a special metal game case and a 220-page hardbound art book. A Nintendo Switch Pro Controller themed around Xenoblade Chronicles 2 will also be available on 1st December.

The producers of Bravely Default at Square Enix present a new RPG brought to life through a mixture of CG, pixel art and visual wizardry. project OCTOPATH TRAVELER (working title) launches worldwide in 2018, but fans can try out a free demo* for the game in Nintendo eShop on Nintendo Switch starting today.

Revealed at E3 2017, the first Kirby game for Nintendo Switch has some charming new tricks. By throwing hearts, players can recruit up to three enemies to become Kirby’s allies.

Whether playing alone or with up to three friends**, mixing up abilities to create new powers is a big part of the fun. Kirby Star Allies launches exclusively for Nintendo Switch in spring 2018.

Back by popular demand, the Kelp Dome stage is returning as part of a free software update* for Splatoon 2 on 16th September. A new stage called Snapper Canal and an extra-large Brella weapon called the Tenta Brella are coming in the future.

A free software update* that goes live today allows ARMS players to remap the game’s controls to the buttons of their choice, and adds the new fighter Lola Pop to play with.

Originally seen in the Fire Emblem game for Game Boy Advance, fan-favourite character Lyndis (or “Lyn,” as all her companions call her) was announced as part of the sprawling cast of Fire Emblem Warriors.

The action-packed game launches for Nintendo Switch on 20th October, also available as part of a special edition bundle.

Others, like VS. Super Mario Bros., VS. Balloon Fight, VS. Ice Climber, VS. Pinball and VS. Clu Clu Land, are coming soon. These arcade games contain subtle differences that can’t be found in their NES counterparts.

Snipperclips Plus: Cut it out, together!

This expanded version of the original snipping-and-clipping puzzle game includes more than 30 new stages, new challenges and new features… And it’s coming to stores for the first time!

Players who already own the original digital version of the game can purchase all the new content in Nintendo eShop as DLC. Snipperclips Plus: Cut it out, together! hits stores on 10th November.

The open-world masterpiece from Bethesda Game Studios® can be played anytime and anywhere on Nintendo Switch. The Elder Scrolls V: Skyrim® launches on 17th November.

This new version of the popular rocket-powered sports-action game includes all the modes of the original, plus Nintendo Switch exclusives including Nintendo-themed Battle-Cars and customisation items. Local wireless multiplayer*** will also be available when Rocket League® launches this winter.

The hit fantasy game combines the fun of building with the combat of an action-RPG. The Nintendo Switch version will allow players to ride a Great Sabrecub in the game’s free build mode. The Sabrecub boosts players’ speed and grants them special materials by defeating enemies. Dragon Quest Builders launches next spring.

With big gameplay improvements and stunning graphics, NBA 2K18 will be a slam dunk for sports fans when it launches on 15th September in Nintendo eShop on Nintendo Switch, and in stores on 17th October.

The most immersive, social and authentic football game out there can be played anywhere on Nintendo Switch. FIFA 18 launches on 29th September.

To complete the trifecta of sports games that can be played on the go, WWE 2K18 is also coming soon to Nintendo Switch. Launch details will be announced at a later date.

This modern take on traditional RPGs from Square Enix is coming to Nintendo Switch on 23rd January 2018.

Join the uprising by fighting back as Modern Sonic, Classic Sonic or one of many custom Hero Characters players can create in Sonic Forces™, launching on 7th November.

Players can change their bodies to change their abilities in Morphies Law, a local and online**** team-based multiplayer shooter launching first on Nintendo Switch as a console exclusive this winter.

Explore and command a roster of more than 35 fearless heroes in this free-to-start multiplayer online**** battle arena game. With roles like Tanks, Assassins, Mages and Warriors, build a powerful team with friends to crush opponents in real-time battles. The Arena of Valor beta test version will be available for free this winter.

Dozens of indie games are coming over the next few months. These include the underground platforming action of SteamWorld Dig 2 and the golf-RPG Golf Story in September; the four-player action game Nine Parchments and combo-based puzzle game Battle Chef Brigade this winter; randomly constructed sequel Super Meat Boy Forever in 2018; and tactical RPG Tiny Metal launching in the future.

The Legend of Zelda Champions

Four amiibo figures based on the Champions from The Legend of Zelda: Breath of the Wild – Daruk, Mipha, Revali and Urbosa – launch in stores as a four-pack on 10th November.

You can tap these amiibo while playing the game to summon special headgear for Link based on that Champion’s Divine Beast. Additional functionality for these amiibo will be revealed in the future.

Manage your own fashion boutique, meet customers and find stylish outfits to suit their needs. This time, your customers’ stories may unfold differently based on the outfits you select. Become a top stylist and work with stars-to-be! Nintendo presents: New Style Boutique 3 – Styling Star will be released on Nintendo 3DS on 24th November.

For the first time, 100 of the top minigames from the console Mario Party games can be played on a handheld system. Mario Party: The Top 100 supports local Download Play, so up to four players who each own a Nintendo 3DS family system can enjoy the game together with only one Game Card.

Take a tour through all the mischief, magic and memories the series has to offer when it launches in Europe in January 2018.

Kirby is about to enter a tournament against his toughest rival yet…himself! The pink puffball’s new game offers a variety of ways to fight in both single- and multiplayer modes. Kirby Battle Royale launches in Europe on 3rd November. Fans can head here to celebrate Kirby’s 25th anniversary and vote for their favourite Copy Ability!

Katrielle Layton, daughter of the famous Professor Layton, is on the case! Detectives-in-the-making that play the game on a Nintendo 3DS family system will receive an exclusive in-game Flora costume*******. LAYTON’S MYSTERY JOURNEY: Katrielle and the Millionaires’ Conspiracy launches on 6th October.

Fans of Minecraft will have another way to play the hit creation game when it comes to New Nintendo 3DS systems. This portable version of the game comes with Survival and Creative modes, five skin packs and two texture packs. Minecraft: New Nintendo 3DS Edition will be available on Nintendo eShop soon and in stores at a later date.

Nine characters’ paths will converge in this old-school RPG from role-playing powerhouse ATLUS. The Alliance Alive launches exclusively in Nintendo eShop in early 2018.

Etrian Odyssey V: Beyond the Myth

The next game in the Ace Attorney series, Apollo Justice: Ace Attorney, launches in November, while the action-packed Fire Emblem Warriors launches on 20th October for New Nintendo 3DS systems only.

This post will be updated with links to all our separate posts starting tomorrow, so stay tuned!