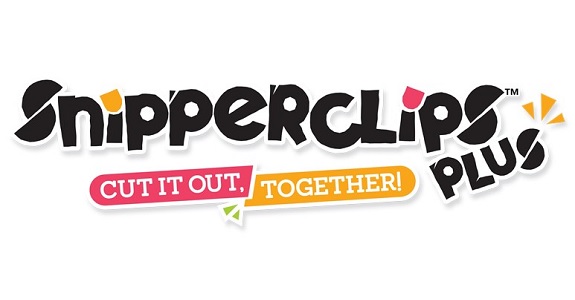 Snipperclips: Cut it out, together was definitely one of the highlights of the launch line-up of the Nintendo Switch, and has been selling pretty well worldwide. In Japan alone, the game hasn’t left the Top 20 (Nintendo eShop) since launch, and has proven to be extremely popular with players.Therefore, it was to be expected that Nintendo would release an expansion, called Snipperclips Plus: Cut it out!

Announced during the latest Nintendo Direct presentation, it features all the stages and content from the original release, but also adds 40 brand new stages. There’s some new worlds, including one inspired by comic books and one by a toy box. In total, there’s over 100 stages to enjoy on your own or with some friends in local multiplayer.

And besides the new stages, there’s also a feature that lets you play “old” stages with new shapes every time you play, offering a fresh experience.

Here’s a couple of videos for the game:

And here’s some pictures for the game/expansion (screenshots, boxart, etc.):

Snipperclips Plus: Cut it out, together (Switch) comes out on November 10th worldwide. It’s been added to the Upcoming Games page!