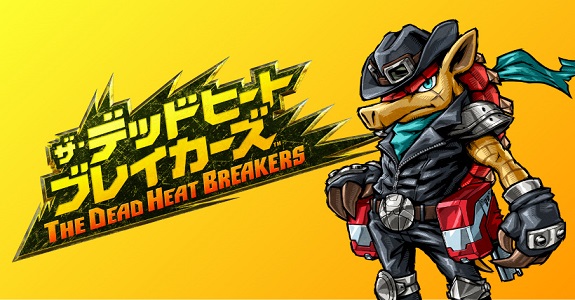 During last week’s Nintendo Direct, Nintendo announced quite a few games for the Nintendo 3DS (despite the clear focus on the Nintendo Switch), but there’s one that (for some reason) wasn’t mentioned in the European and North American presentation. That game is called The Dead Heat Breakers.

Now, this is absolutely not obvious just looking at the title, but it’s actually a new game in the Dillon’s Rolling Western series. That series is a brand new IP that was launched back in 2012 on Nintendo 3DS, with Dillon (an armadillo) as the protagonist. The two entries in the series are tower-defense games, and naturally, this third one is no exception.

The Dead Heat Breakers is an action/tower-defense game set in an apocalyptic world. You once again to play as Dillon (who seems to have become quite the tough cowboy since the last time we saw him), who has to use his powers in order to defend a town from the same rock based monsters as the first two games… though they also seem to have toughened up since the last game!

But it’s not just Dillon and the enemies that have been powered up. The footage below shows a new type of battle, that takes place during races with a specific type of enemy.

The one truly surprising feature of the game is that you can actually become a character… well, your Mii, that is. You still get to play as Dillon, but your Mii can assist you during battle. It can also earn money back at the base, in town.

Here’s the footage from the Japanese Nintendo Dirct presentation:

The Dead Heat Breakers (3DS) will be released in Spring 2018 in Japan, at retail and on the Nintendo eShop. No release has been announced for Europe and North America, but no doubt it’s something Nintendo is saving for the next Nintendo Direct presentation! The Upcoming Games page has been updated!