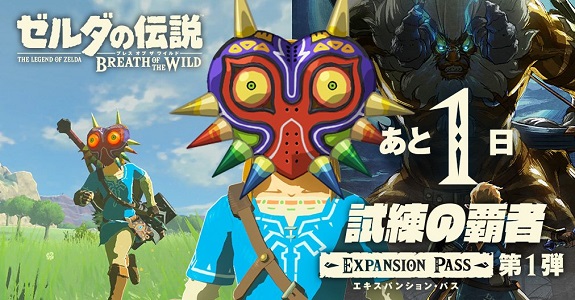 The Majora’s Mask is one of the elements you can get from the 1st DLC Pack for The Legend of Zelda: Breath of the Wild.

To the surprise of no one, it’s Eiji Aonuma himself who asked for the Majora’s Mask to be added to The Legend of Zelda: Breath of the Wild, when the team started discussing armour items associated with previous The Legend of Zelda games, to include in the DLC.

Unfortunately, the Majora’s Mask doesn’t really give you any extraordinary powers, it simply makes minor enemies like Bokoblins, Moblins, and Stal enemies, think that Link is part of their group. In other words, they will not attack you, which is great news for those of you who simply want to explore Hyrule without getting constantly interrupted by cheeky minor enemies.

Naturally, it’s highly unlikely this mask will have any effect on Lynels…

While the design of the mask is true to the original, the size was modified many times. The reason? The team wanted to make it so the mask looked the same on Link as it did on Skull Kid, so it had to match his size. According to Eiji Aonuma, the Majora’s Mask looks really creepy at night, but at the very least, it will not cause the moon to fall.

The next blog post will be from Kentaro Tominaga, Game Designer and Director of the DLC.