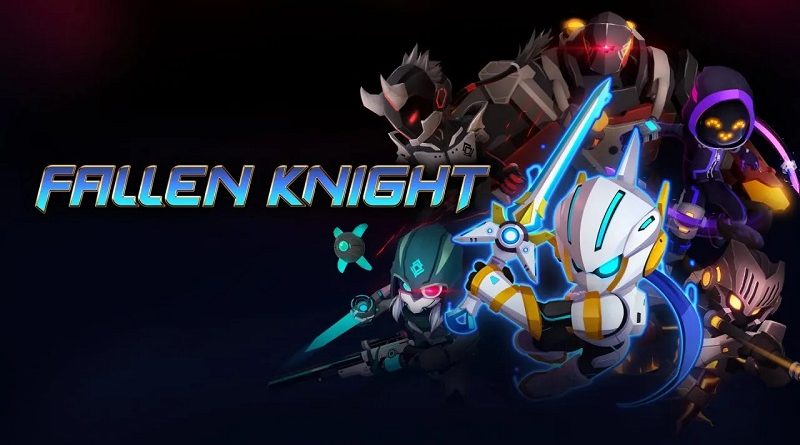 Announced for Nintendo Switch a few years ago, Fallen Knight is finally ready for release. FairPlay Studios, DigiPen Game Studios and Digital Innovative Design & Technology Center have announced that it will launch next week on Nintendo Switch (on October 13th to be precise).

Here’s an old trailer for the game:

In this game, you get to play as Lancelot or Galahad the 50th, descendants of the legendary knights of the round table. You will get to explore a futuristic world filled with challenges. The game offers fast-paced sword action, with unforgiving gameplay.

In Fallen Knight, players take on the role of a knight of the round table. Play as Lancelot or Galahad the 50th, descendants of the legendary knights from King Arthur’s tales, while navigating an exciting, futuristic setting. Expect a challenging experience coupled with fast-paced sword action gameplay that will punish players for every little mistake, and conversely reward them generously for every victory.

Fallen Knight offers players two playthrough modes. In the first, players will take on the role of Lancelot the honorable knight, facing off against unique enemy heroes that each have a dark past of their own. Each boss fight presents its own challenge and comes with unique puzzles to overcome. While fighting, players may choose to kill their enemies or skillfully parry and disarm them, exhibiting the mercy and honor of a knight of the round table. How you play leads you to discover different endings in the game.

For a different perspective, players can also play as Galahad, an assassin from the knights of the round table. Players will take an alternative route through the story and help Galahad save Neo Utopia from a group of underground terrorists called The Purge. ‘Galahad’s Path’ brings rogue-like gameplay to Fallen Knight, and is not for the fainthearted. In this gameplay mode, players only have one life and have to restart from the first stage if they fail. Only the most determined of players will succeed! 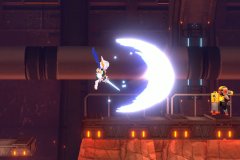 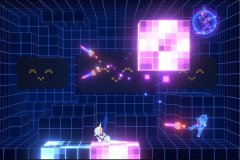 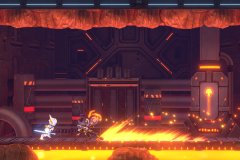 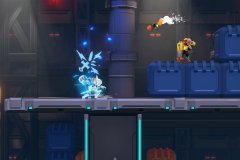 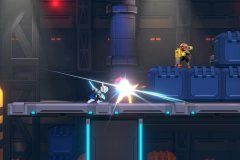 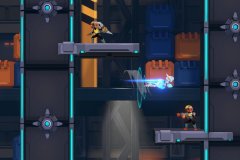 And finally, here’s the list of people who worked on the game: