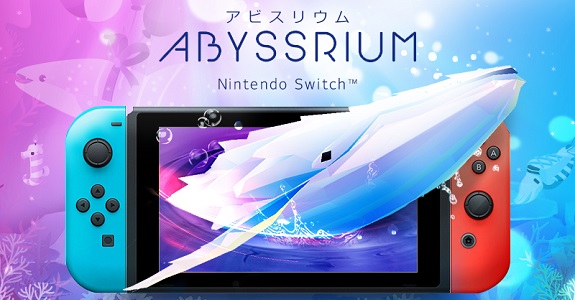 Today, FLERO GAMES announced that Abyssrium would be released on Nintendo Switch. This version of the game will feature better graphics than the smartphone version (over 25 million downloads to date), but various other improvements and additions. For those of you who never heard of this game, Abyssrium has you manage your very own aquarium. It features unique pastel-like graphics, and “gentle” sounds.

Abyssrium (Switch – eShop) does not have a release date, but it’s already been added to the Upcoming Games page!

Yesterday, Raw Fury confirmed that Dandara would be released on February 6th. It’s a worldwide release, with all regions getting it on the same day (even Japan). If you’re interested, you can pre-purchase the game from the Nintendo eShop, and get a 20% off discount. The regular price is $14.99 / €14.99 / £13.49.

Dandara (Switch – eShop) comes out on February 6th, worldwide. The Upcoming Games page has been updated!

Yesterday, Merge Games announced they would release Darkest Dungeon: Ancestral Edition (the game + the two DLC packs) at retail in Europe and North America. It will be released sometime in March 2018, and will cost $39.99/€39.99/£34.99 on Nintendo Switch (10€/$/£ more than on PlayStation 4… another example of Switch tax at work, unfortunately).

Here’s what the Australia, North America, and European boxarts look like:

Yesterday, VOEZ got a new update: Ver. 1.3.1, that adds support for button controls (and therefore, TV Mode play). And today, yet another update for the game was announced: Ver. 1.4.0. It will be released in February, and will add 14 new songs for free. This will bring the total of songs to 176!

Earlier today, Hamster announced via Twitter than total sales for the many ACA NeoGeo games on Nintendo Switch have topped 1 million units (combined), worldwide. Here’s to the next 1 million units!

Yesterday, Tomorrow Corporation announced their latest game: 7 Billion Humans, a follow-up to Human Resource Machine. We don’t know much about the game itself, but we do have a pretty nifty trailer!

You can find some GIFs over at the Tomorrow Corporation website!

7 Billion Humans (Switch – eShop) does not have a release date yet, but it’s already been added to the Upcoming Games page!

Here’s some more screenshots for The Forbidden Arts on Nintendo Switch:

The Forbidden Arts (Switch – eShop) comes out in Q1 2019 in Europe and North America.

Yesterday, Crunching Koalas sent a press release to confirm that Sky Force Reloaded would be released on February 1st in Europe and North America. It will cost $9.99.

Skyforce Reloaded (Switch – eShop) comes out on February 1st in Europe and North America. The Upcoming Games page has been updated!

Crypt of the Necrodancer

Here’s some more screenshots for Crypt of the Necrodancer on Nintendo Switch:

Crypt of the Necrodancer (Switch – eShop) comes out on February 1st in Japan, and later this year in Europe and North America.

Never let the courier out of your sights. Hunt him down before he’s out! #screenshotsaturday #gameplay #retrogaming #pixelart pic.twitter.com/hlmknTHrwh

Huntdown (Switch – eShop) does not have a release date yet.

Here’s the latest video for Feudal Alloy, that shows how the new UI was created:

Yesterday, Forever Entertainment announced their next Nintendo Switch game: Frederic 2: Evil Strikes Back, that will be released on February 1st in Europe and North America.

Frederic 2: Evil Strikes Back (Switch – eShop) comes out on February 1st in Europe and North America. The Upcoming Games page has already been updated!

Here’s a trailer and some screenshots for Guns, Gore, & Cannoli, releasing on February 1st in Japan:

Guns, Gore, & Cannoli (Switch – eShop) comes out on February 1st in Japan. The Upcoming Games page has been updated!

Here’s the launch trailer and some screenshots for Chikichiki Boxy Racers, now available on Nintendo Switch in Japan:

Here’s a trailer and some screenshots for Tennis, released today worldwide:

Here’s a trailer and some screenshots for Dustoff Heli Rescue 2, released today worldwide:

Here’s the recording of the panel by Daniel Secker & Ganesh Chaudhari at the Nasscom Game Developer Conference, where they talked about the development of Snake Pass:

Celeste was only released today, but if you’re already in love with its soundtrack (composed by Lena Raine), you can now listen to it and purchase it from Bandcamp:

On Tuesday, GalaxyTrailer released a new Software update for Freedom Planet, more than two years after its launch. It brings the game to the latest version, and adds the Milla’s Adventure mode!