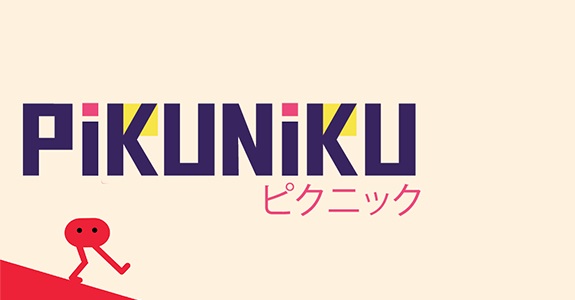 Good news for players who have been patiently waiting for Pikuniku: development is now complete! The game will be released in Early 2019.

Pikuniku development is complete and will be released on Nintendo Switch and PC early next year! Thanks for your patience and support! pic.twitter.com/Vjvj0MzeER

Here’s a behind the scenes video for Incredible Mandy:

My Girlfriend is a Mermaid!?

The latest Kickstarter update for My Girlfriend is a Mermaid!? reveals that the game is now in QA, and that things are progressing rather smoothly. It’s still slated for a February release, in case you’re wondering! Also, production of physical goods will go into production in January. Finally, it looks like Sekai Project is contemplating a possible physical release, but nothing has been decided so far…

My Girlfriend is a Mermaid!? (Switch – eShop) comes out in February worldwide.

Earlier this week, PLiCy announced another game for the Nintendo Switch: Revertia, developed by KamiCraft. It will be released on December 20th in Japan (with pre-orders going live on December 6th), and it will cost 600 Yen.

Revertia (Switch – eShop) comes out on December 20th. The Upcoming Games page has been updated!

InkyPen is a comic subscription service for the Nintendo Switch, that was initially slated for a November release. But as you’ve probably noticed, November has come and gone, and there’s still no sign of InkyPen on the Nintendo eShop. Unfortunately, it looks like the developers needed a bit more time to finishing things up… But the good new is, it looks like they will be able to announce a release date soon!

It's the end of November and we are hard at work, however, we need a little more time to finish up. We'll announce a release date soon. Thank you for your patience! pic.twitter.com/6LcJJf1o6N

InkyPen (Switch – eShop) does not have a release date yet.

Here’s the latest set of early pictures + commentary from the developers of YIIK:

Every convention I'd try and do a poster for YIIK that captured some element of the art that I liked or discovered since I last showed the game off. Here are three of my favorites! #gamedev pic.twitter.com/A8tgYDdTlv

A cut boss from the now removed tutorial dungeon in YIIK. This guy is no longer in the game at all. Good riddance!!! #gamedev pic.twitter.com/NWAJOZAYYN

Earlier this week, Worker Bee announced that they are bringing Sine Mora EX to Japan on December 13th. This version will have all the languages from the European and North America release, including English of course.

Teleports are the best way how to travel in #FeudalAlloy.

And here’s another equipment set:

Watch your back and trust no one in #Beholder: Complete Edition – sneaking onto #NintendoSwitch December 6th 🕵️‍♂️ #Beholder_Game pic.twitter.com/ZPFRcUY91T

Here’s the launch trailer for ABZÛ, now available in Europe and North America:

Here’s the launch trailer for The First Tree, now available in Europe and North America:

Here’s the latest The Download video from Nitnendo of America: