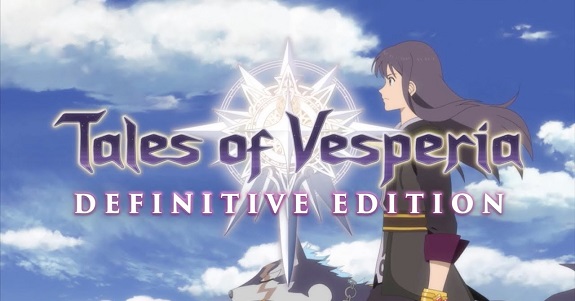 Here’s another character profile for Tales of Vesperia: Definitive Edition:

Estellise, nicknamed “Estelle” by Yuri, is a princess of the court of Zaphias and a powerful healer. She initially enlists Yuri’s aid in her search for Flynn, but ends up embarking on a journey to broaden her horizons.

Here’s a closer look at the Wargroove t-shirt found in Travis Strikes Again: No More Heroes:

Travis Strikes Again: No More Heroes (Switch) comes out on January 18th in Europe and North America. No release date for Japan just yet.

Earlier this week, Warner Bros. revealed Aquaman movie DLC for LEGO DC Super-Villains. It will be released in two parts:

Here’s details about the two packs:

Here’s a key artwork for the Aquaman movie DLC:

In the latest Kickstarter update for Bloodstained: Ritual of the Night, Koji Igarashi announced that another studio is going to help the development team bring the game to life… WayForward, of Shantae and The Mummy Demastered fame! He also revealed another piece of concept-art, for an enemy called Cyhyreath. Click here to check out the update for yourself!

Bloodstained: Ritual of the Night (Switch) comes out next year worldwide.

Crystal Crisis (Switch) does not have a release date yet.

The latest translated interview from shmuplations is of Yasunori Mitsuda, one of the most famous video game composers from Japan (who recently worked on Xenoblade Chronicles 2). Click here to check it out!

—The Super Famicom could only play a limited number of sounds back at once; did you find this a hindrance to your writing?

Mitsuda: On the contrary, the limited sounds available meant that you could focus more on melody, and I loved that. On hardware today, there are more ways than before for a song to be good or bad, and for the faults or strengths of the composer to emerge… in that sense, I think the Super Famicom really fit my strengths as a composer, and I feel pretty lucky that it was the first platform I worked on, you know? (laughs)