Here’s some footage for Kefla in Dragon Ball FighterZ:

Here’s the latest trailer for One Piece: Pirate Warriors 4:

SNK have shared some more details about Mina Majikina (voiced by Yui Ishikawa), the latest DLC character for Samurai Shodown (to be released on February 26th in North America, and February 27th in Europe and Japan. The second Season Pass will also go on sale on the same days):

A powerful exorcist hailing from Ryukyu. Mina, now a battle-worn warrior, travels the lands plagued by an intense darkness growing within her. Due to the never-ending pain brought on by this darkness, she is unable to wield her bow with the same ferocity as in the past. A new blade has been affixed to her bow, and she has perfected a unique new fighting style that combines both close range and long-range attacks. Though the darkness slowly consumes her aching heart, her arrows, propelled by the sheer will to survive, never miss their target even on the blackest of nights.

Rez Plz (Switch – eShop) does not have a release date yet.

JanduSoft have announced their latest game for the Nintendo Switch: Spartan Fist, a first-person puncher developed by Glass Bottom Games. It will be released on February 28th in Europe and North America.

Fight your way to fame, fortune and glory in this first-person puncher as you work to retrieve the fabled Spartan Fist. Playing as Emma Jones, a down-and-out detective working to earn her keep, you’ll tap your inner badass as you punch dudes so hard they explode. Navigate through an arena that’s different each time you play and delve into a whimsically gritty and colorfully punk pixilated world while fighting your way to the top. 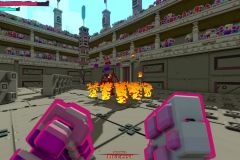 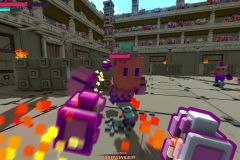 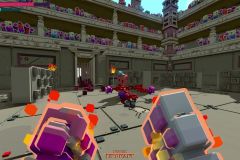 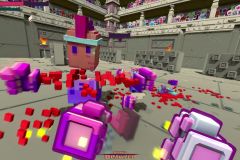 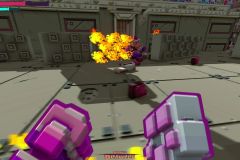 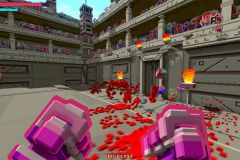 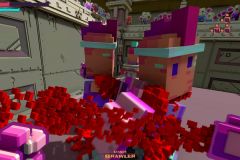 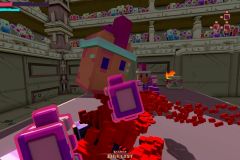 Spartan Fist (Switch – eShop) comes out on February 28th in Europe and North America. The Upcoming Games page has been updated!

505 Games and Keen Games have announced another set of paid DLC for Portal Knights: the Druids, Furfolk and Relic Defense expansion pack. It will be released “soon” on Nintendo Switch.

Introducing a new Class to Portal Knights for the first time, players can now adventure through immersive and colorful 3D worlds as a shape-shifting Druid. Players who begin their Portal Knightsadventure as a Druid can embrace their wild side and transform into a variety of forms with unique abilities and attacks, including: a ferocious bear, a spine-chilling spider and… a really gross slime. A new Race, the ferocious Furfolk, is also available, giving players an opportunity to create their very own member of this proud, new race with customizable fur colors, ears, muzzles and more!

Three new action-packed arenas debut in the latest expansion in which Druids and Furfolk players will defend ancient relics knowns as the Star Stones by crafting traps and magical bombardments to overcome waves of enemy onslaught to earn heroic rewards including mythical unicorn and dragon mounts. Each arena also features a Hard Mode, where only the most daring of players will conquer the toughest of enemies and claim victory.

Also, a free update will be released on the same day: check out this page for more the official patch notes!