Today’s Daily news: some footage for Fairy Tail, but also…

Here’s some gameplay footage for Fairy Tail, courtesy of Dengeki:

Here’s the latest video for Minecraft, showcasing a new feature/service called “Realms Plus” which is now available:

Tap into the source of amazing Minecraft content! With Realms Plus, you get instant access to 50+ Marketplace items like worlds and mash-ups, with new additions each month. Enjoy your content on any platform where you play Minecraft with Marketplace, and invite all up to 10 of your friends to join the fun – for free!

Here’s the Accolades Trailer for Mario & Sonic at the Olympic Games Tokyo 2020:

Imagineer have announced that total shipments (+ digital sales) for Fitness Boxing have topped 500 000 units worldwide. The game has been selling steadily since launch with over 500 000 units shipped during the first year, and it looks like it’s not over yet!

Here’s the latest video for Yooka-Laylee and the Impossible Lair:

Here’s pictures of a Disney Tsum Tsum pouch for the Nintendo Switch, releasing on December 5th in Japan (price: 2 580 Yen): 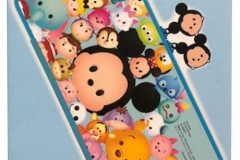 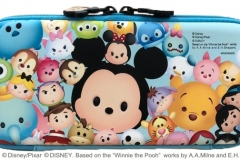