In this post, you will find all the details and pictures for Daemon x Machina shared by the official Twitter account in Japan. Naturally, we will keep updating on a regular basis as new details and screenshots are shared, and up until it doesn’t make sense to keep it updated anymore (basically, until the game is available in stores, sometimes this Summer).

The latest Twitter update is about character voices, and more specifically the protagonist’s. Unlike the demo, the full version of the game lets you change the voice of the protagonist. Quite interestingly, additional voices are unlocked as you progress through the game. If you prefer silent protagonists, then you will be able to have him without a voice. 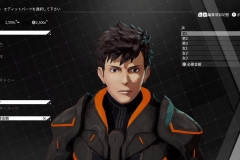 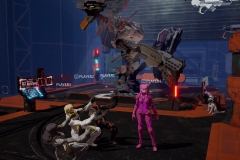 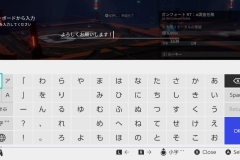 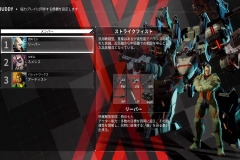 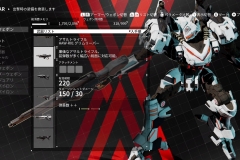 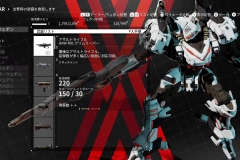 The latest Twitter update showcases how you can use pretty much anything as a projectile to throw at enemies. That includes cars, but also tanks!

The latest Twitter update shares details about Attachments. As you probably already know, you can equip equipment found on enemies during battle (in real time). Some pieces of equipment will have Attachments on them, enhancing abilities and providing various effects. If you spot an Attachment you’re interested in, you can actually remove it from the piece of equipment you found it on, and use it elsewhere! 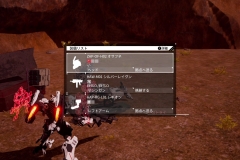 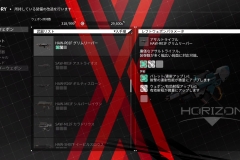 The latest Twitter update for Daemon x Machina is about the Oval: a giant wall (2000km diameter), which was constructed around the fragments of the fallen moon in order to prevent Femto from spreading. The area inside is a giant battlefield, where humanity takes part in a desperate battle against the corrupted AI and the Arms of the Immortal, who have launched an attack on mankind. 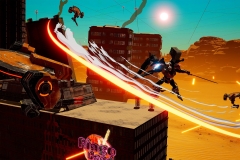 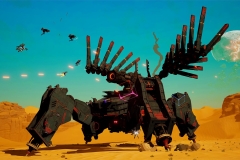 The latest Twitter update for Daemon x Machina shares details the Liberation Brigades, which were formed by the Outers. There’s several of them, and they all hold significant power. Each one has different aspirations and purposes, and they also have their own, distinct fighting style. 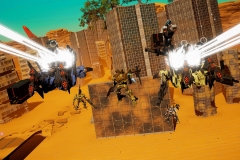 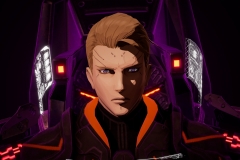 The latest Twitter update for Daemon x Machina is once again about Femto. Those mysterious particles have a unique property: they are easily diffused in water. That’s why Arsenals start losing power when they are in water: they cannot absorb the particles that power them up, and end up submerged. 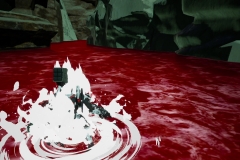 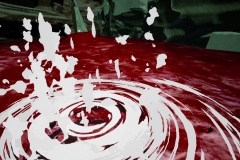 The latest Twitter update for Deamon x Machina is about Femto. They are mysterious particles that ended up on Earth due to fall of the Moon. They’re a really scarce source of energy that the various countries in the world are fighting over. It’s that very energy that powers up the Arsenal. During battle, you can use up the Femto particles you’ve accumulated to get various effects.

The second Twitter update for Daemon x Machina is about the Arsenal: the generic name given to external armour / outer gear developed specifically for combat use. They are about 5m tall, and they’re controlled via a nervous connection directly linked to the outer gear. 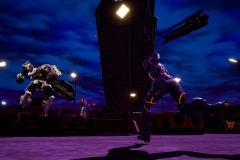