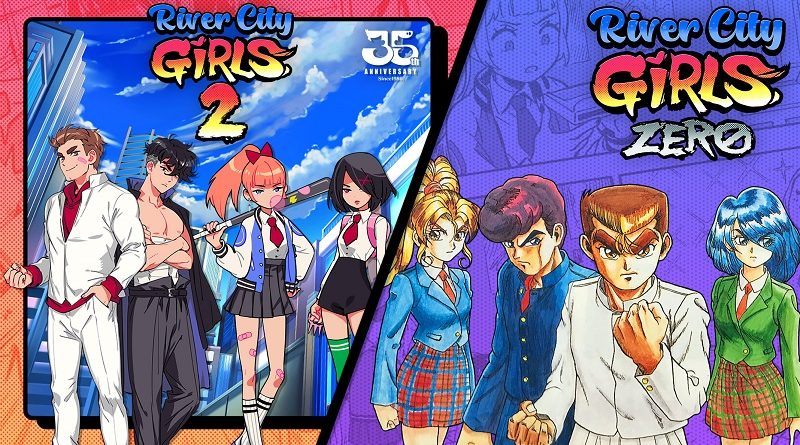 River City Girls 2 is a brand new entry in the River City series, and will be released in 2022. Here’s some details:

Picking up shortly after the original, River City Girls 2 once again put you in control of Misako and Kyoko — as well as Kunio, Riki, and a few new characters — as they set out on an all-new beat-’em-up adventure across the mean streets of River City. New moves, new enemies, new recruits, new environments, and the return of an old foe await, along with the same over-the-top sense of humor and adrenaline-pumping combat of its predecessor. The game will also feature two-player co-op action both locally and online. 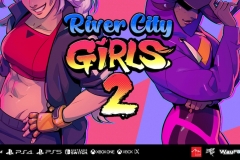 As for River City Girls Zero, it’s actually a localisation of Shin Nekketsu Koha: Kunio-tachi no Banka, originally released on SNES back in 1994. It will be released in late 2021.

River City Girls Zero, meanwhile, lets you experience the first time that Misako and Kyoko teamed up with Kunio and Riki to take to the streets in hard-hitting, curb-stomping action. While the graphics, music, and gameplay all remain true to the classic 16-bit Super Famicom release, this version marks the first time the 1994 game will be localized for the West. A new opening cinematic, new manga cutscenes, and new theme song by River City Girls composer Megan McDuffee have been added as well. Set out solo or team up with a friend in local co-op and discover how the River City Girls story began! 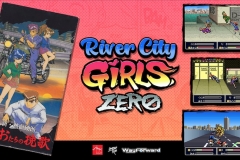 Finally, BloodRayne Betrayal: Fresh Bites is a remaster of the hack ‘n slash classic. It will be published by Ziggurat.

Released in 2011, the original BloodRayne Betrayal was met with passionate reviews for its gorgeous graphics and punishing difficulty. This iteration in the series changed things up by switching from a 3D format to a fast-paced, 2D side-scroller. As Rayne, players will battle through 15 levels as they wend their way through a hidden castle where a sinister gathering is taking place. It’s Rayne’s last job — will she “clean house” or find herself six feet under?