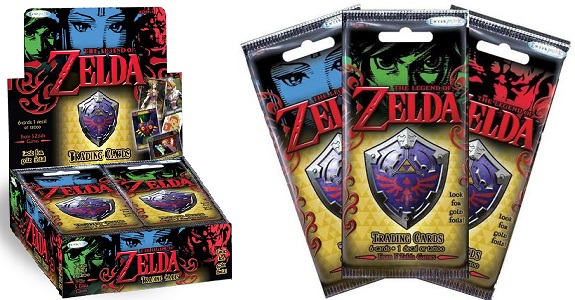 A few months ago, we learned that Enter-Play was about to release official The Legend of Zelda trading cards in Australia. Not only were the cards delayed (though “June 30th” was nothing but a placeholder), but they’re also releasing in North America!

The collection will feature cards from 5 games:

There’s 85 Cards to be found in the Base set, including:

Those official The Legend of Zelda trading cards will launch sometime in Late September in North America, and Australia (the exact date is still TBC).  Our Upcoming Releases page has been updated!