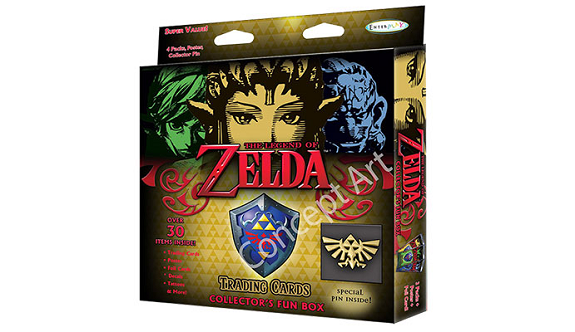 The collection will feature cards from 5 games:

There’s 85 Cards to be found in the Base set, including:

Here’s pictures of the packaging of each set:

Both sets will be apparently be released on June 30th (which may be a placeholder date) in Australia. Unfortunately, it’s not clear when those Legend of Zelda trading (which is made by Enter-Play) will be released in other countries.