The second part of the latest Wild Area event is now live. Starting today, and until May 26th, Gigantamax Eevee can be found in-game. It will be replaced by Meowth during the 3rd and final part of the event, which runs from May 26th to June 2nd.

Here’s the 4 Pokémon players will be able to vote for:

Here’s how voting will work:

We will post a poll on our official Pokémon GO Twitter on Saturday, May 23, 2020, at 6:00 p.m. PDT (GMT −7) and you’ll be able to cast your vote until Sunday, May 24, 2020, at 6:00 p.m. PDT (GMT −7). You will have 24 hours to cast one vote for the Pokémon you’d like to see most for either June or July Community Day. The winners will be announced shortly after voting ends. The Pokémon that receives the most votes by the end of the voting period will be the featured Pokémon for June Community Day. The Pokémon that receives the second-most votes will be featured during July Community Day. 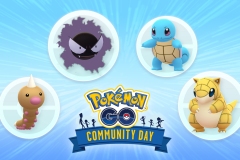 Starting today, you can get three special Uniqlo UT t-shirts from the Style Shop in Pokémon GO. The best part? They’re all available for free! Those designs are actually part of a range of real t-shirts you can get from UNIQLO online stores. 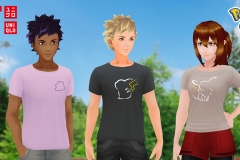 The Pokémon Company have shared some details about the Pokémon Players Cup, an online event that will take place from June to August. Check out this page for the event itself, and the various phases!

Here’s the preview for the next episode of Pokémon no Uchi Atsumaru?!, which airs on Sunday (May 24th) in Japan: