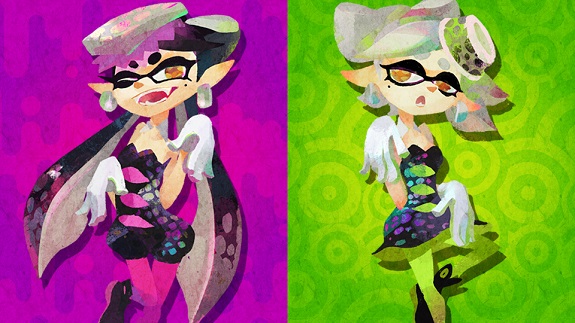 Update: the recording of the live is now available on YouTube, and you will find it below!

Tomorrow, the Squid Sisters will hold their third live concert at the Japan Expo, at 1.45PM local time. As announced last week, the concert will be recorded, and then uploaded on YouTube. Naturally, we will update this post as soon as the recording is available, so come back later to check out the third live performance of the Squid Sisters!

But before that, Nintendo has shared a video of the rehearsals. Just like the first two concerts, the music will be performed live, with actual instruments (guitar, drums, keyboard). The rehearsals video shows us the three musicians hired for the concert:

Here’s the video of the rehearsals for the third live concert of the Squid Sisters:

And finally, here’s the full recording of the concert (with the MC bits translated in English):