Today, several more games were added to the Humble Friends of Nintendo Bundle: 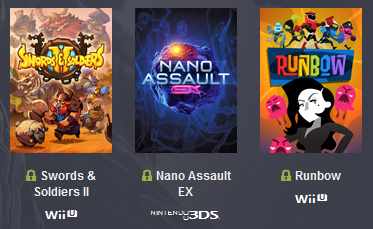 The Humble Friend of Nintendo Bundle was launched last week, and it’s been selling pretty well: over 100 000 bundles have been sold in total. This bundle has generated over 1 million in sales (an average of ~10$), and there’s still one week left!

It looks like the redeem method for codes has been changed: you can now chose your region (that’s pretty good news for players who imported their Wii U or Nintendo 3DS!)

Humble Bundle is a series of special bundles, where the buyer is free pay whatever they want. But that’s not all: the revenue generated from the sales of bundles are split between the developers/creators, the Humble Bundle operators, and several charities (Child’s Play, the Electronic Frontier Foundation, charity: water, and the American Red Cross). In fact, the buyer is free to set the revenue split between these groups.

This bundle is called the Humble Friends of Nintendo, and will be available until May 10th. Here’s the games available: 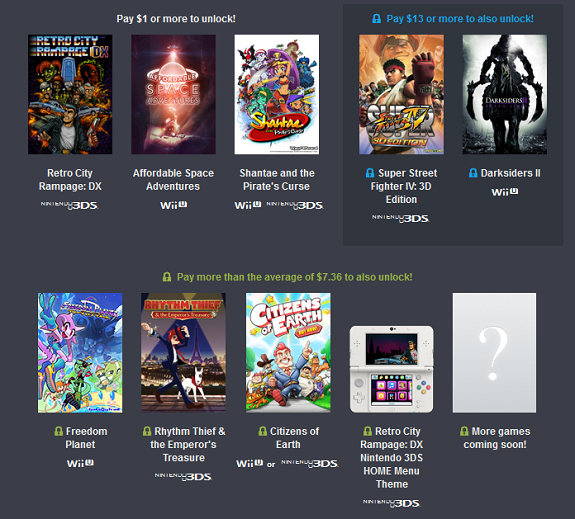 Some things to note about this Humble Friends of Nintendo Bundle:

Click here to check out the Humble Friends of Nintendo Bundle!

Our Nintendo eShop Sales page has been updated with those new sales!