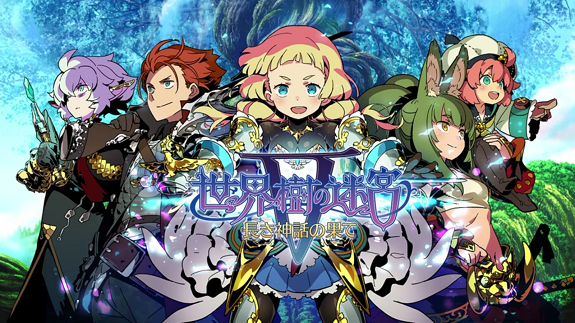 Update: the full recording of the livestream has been added to this post. You will find it all the way below!

Today, during the pre-launch livestream for Etrian Odyssey V, Yuzo Koshiro himself (composer of the series) made a special announcement. He revealed that on November 23rd, the Etrian Odyssey Live 2016 concert would be held at the Club Seata in Tokyo.

During that concert, fans will be able to enjoy live performances of music from the Etrian Odyssey series. Several artists will perform at that concert, including Yuzo Koshiro himself (not surprising since he’s the composer of the series), but also the SQ F.O.E. band.

Unfortunately, that’s pretty much all we know about the concert right now. More details about it, including ticket purchase, will be revealed at a later date. We also don’t know if the concert will be recorded or not, but that’s most likely something we will learn when more details are revealed.

But that’s not all! During the livestream, there were also some soundtrack samples. Of course, we recorded them all for you:

Finally, here’s the full recording of the livestream: