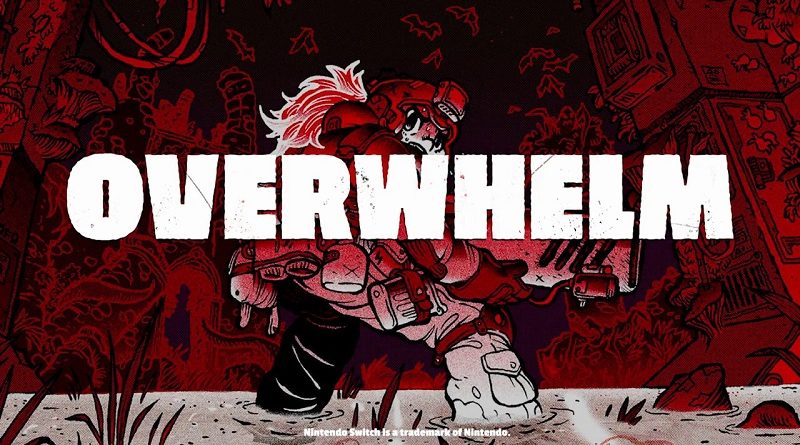 Today’s Nintendo eShop news: Out of Space announced for the Nintendo Switch, but also…

Behold Studios (the developers of Chroma Squad and Knights of Pen and Paper) have announced their latest game: Out of Space. It’s a co-op multiplayer sim where players have to work together in order to maintain a dream home in space. A game about taking out the trash, do the dishes, and cleaning the place certainly takes an interesting turn when it’s in space!

Out of Space will be playable with up to 4 player, locally or online, and will offer the following language options: English, Brazilian-Portuguese, Spanish, German, Italian, French, Simplified Chinese, Russian, and Japanese.

Out of Space, a cooperative multiplayer sim in which players must work together with their roommates to maintain a dream home… in space. Who will take out the trash? Do the dishes? Clean up that weird alien goo? Living with others is never easy, especially when you’re just trying to keep up a cozy home while not dying.

– Clean and furnish a new house in space.
– Play it solo, local or online co-op.
– Build systems to survive the hassles of day-to-day life.
– Avoid the alien dirt and save those who turned into cocoons.
– Decorate rooms and make them comfy enough to call it home.

Out of Space (Switch – eShop) does not have a release date yet. The Upcoming Games page has been updated!

Ysbryd Games have announced that She Remembered Caterpillars (a “dreamlike, abstract puzzler exploring love and loss with painstakingly hand-drawn art”) will be released on March 28th in Europe and North America.

She Remembered Caterpillars, a nominee in the 2017 Independent Games Festival for Excellence in Visual Art, is a somber experience set in a beautiful world. Explore fractured relationships, loss and grief in a scientist’s experiment to save her father. Chapter by chapter, discover the intricacies of this strange dreamscape filled with adorable little creatures called Gammies, while eavesdropping on her heartbreaking tale.

Solve 40 brain-teasing puzzles by leading the charming Gammies, each with a distinct color, through matching gates and to their goals. Difficulty builds in every act with challenging new color-based mechanics ingrained in the living architecture of the world, including bridges and flora that can only be passed by Gammies of certain hues. Designed with accessibility in mind, each Gammie color is associated with a shape so that colorblind players can also enjoy the fun.

Haunting tunes from the composer of Deponia and Galaxy on Fire complement this illusory world. She Remembered Caterpillars provides a relaxing environment through its ethereal aesthetic combined with sounds that soothe the soul and intuitive puzzle designs.

She Remembered Caterpillars (Switch – eShop) comes out on March 28th in Europe and North America. The Upcoming Games page has been updated!

Alliance Games have announced that Ruari O’Sullivan’s Overwhelm is headed to the Nintendo Switch next month, on April 4th to be more precise. For those not familiar with this game, it’s a “suffocating” action platformer with an interesting twist: enemies get power-ups… but not you! When you defeat one of the 5 bosses in the game, creatures get additional abilities, and you need to think carefully about which one to tackle first.

The Nintendo Switch version will feature an exclusive co-op mode. You can play with a friend, and revive each other when you go down.

– Bosses Give Enemies Power-Ups: As you defeat each of the five unique bosses, their abilities get distributed to the enemies of the world with escalating difficulty.
– Tactile, Tense Combat: Combat is crunchy and fast. One hit and you die. Three deaths and the run is over. Defeat bosses in different orders to optimize your playthrough.
–Intense Soundtrack & Soundscape: The sparse but powerful soundscape keeps you focused and scared. The soundtrack provides occasional ominous synths to compliment intense boss fights and big moments. 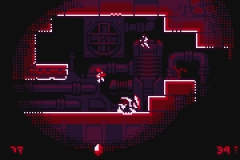 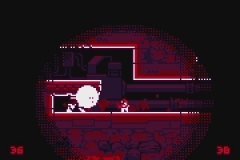 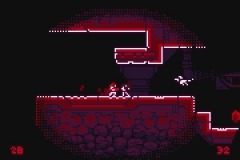 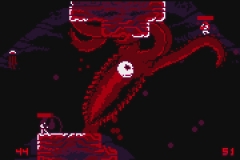 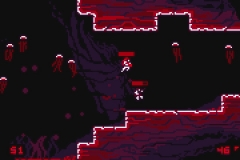 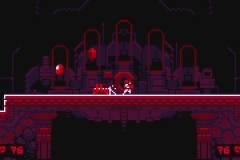 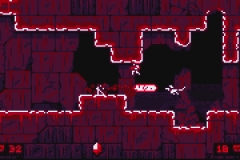 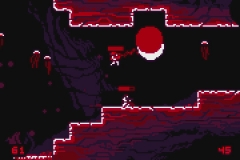 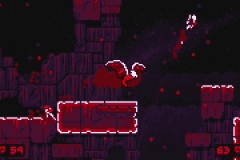 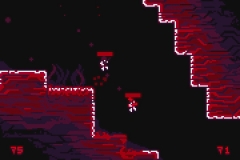 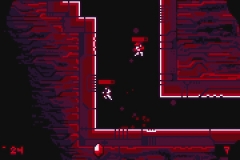 Overwhelm (Switch – eShop) comes out on April 4th in Europe and North America. The Upcoming Games page has been updated!