Curve Digital has been bringing many games to the Nintendo Switch ever since its launch, two years ago, and their line-up is certainly varied. Their latest game is American Fugitive, an action open-world sandbox game developed by Fallen Tree Games (a studios made of developers who previously worked on games such as TimeSplitters, Crysis, and Goldeneye 007: Reloaded).

In this game, you get to play as Will Riley, a man who not only saw his dad murdered, but was even framed for it. His goal is to break out of jail in order to find the real culprit, and exact revenge.

And here’s some more details and some screenshots:

Set in a sleepy American country town in the 1980s, American Fugitive invites you to play as Will Riley. You’re no angel, but you’re not a killer. Yet the cold-blooded murder of your dad is the crime they’ve locked you up for. Fuelled by grief and a burning desire for vengeance, you must break out of jail to find the real culprit. It’s payback time.

Through the fast-paced gameplay the player will discover the joy of top-down carnage with stunning 3D graphics and destructible environments, dramatic storytelling and epic car-chase mayhem.

– A mature action game based on an original story – Unravel a plot of mystery, deception and corruption, full of twists and turns, inhabited by a motley cast of law-breakers and law- enforcers.
– A charming open-world environment – Explore Redrock County, a beautiful and vibrant slice of 80s rural north America, on foot or by car.
–Choose the life of a felon – Rob houses, steal cars, arm yourself to the teeth. Just don’t get caught! 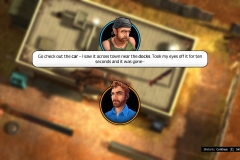 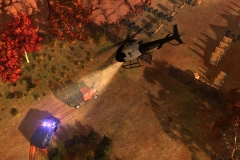 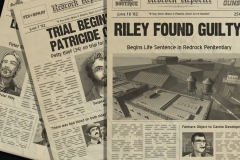 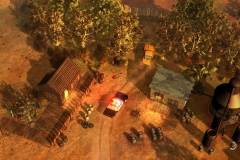 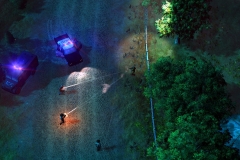 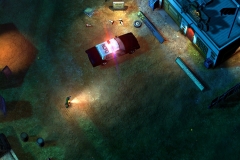 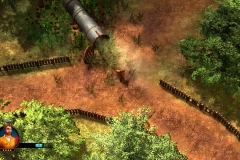 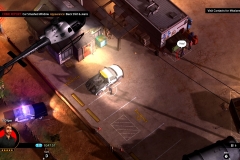 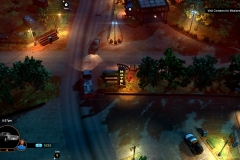 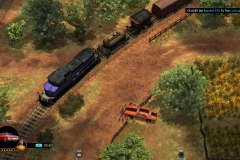 American Fugitive (Switch – eShop) comes out later this year in Europe and North America. The Upcoming Games page has been updated!