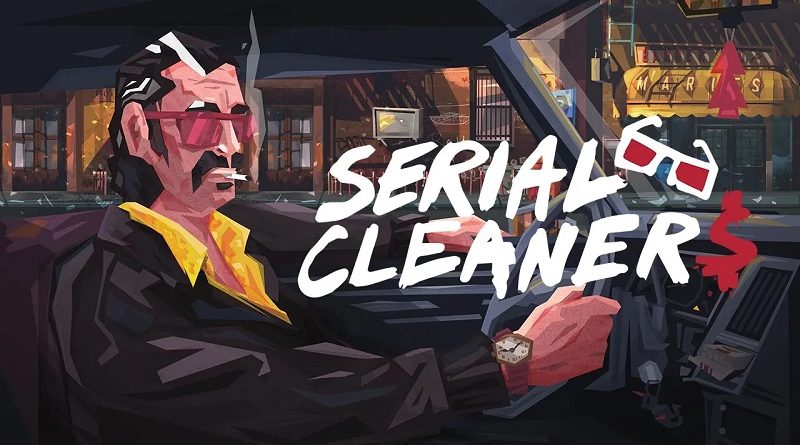 Raw Fury have announced that GoNNER is to get a sequel later this year, logically called GoNNER 2 (and still developed by Art in Heart).

Journey your way through deep dark chaotic places with unimaginable sparks of colour as you go on a mission to help Death rid a mysterious presence from her lair. Battle crazy bosses, lose your head (a lot), in this messy, cute, fast-paced procedurally-generated platformer.

GoNNER 2 (Switch – eShop) comes out in late 2020 in Europe and North America. The Upcoming Games page has been updated!

Drawn Distance have announced their latest game for the Nintendo Switch: Serial Cleaners, a “sequel” to Serial Cleaner. No release date yet, but here’s two teaser trailers and some details:

Serial Cleaners is a single-player stealth action crime story in which you alternate between playing four eccentric mob cleaners taking on the bloodiest jobs the carefree 1990s had to offer. If you remember the nineties differently, their dirty work is the reason why.

New York City, New Year’s Eve 1999. An unlikely team of four professional cleaners for the mob gathers to drink and reminisce about their careers at the turn of the millenium. As the details of their stories stop matching up, the ugly truth behind their cooperation begins to reveal itself. What starts as a celebration of a decade of shared history slowly turns into a tense and dangerous standoff.

Move without sound. Clean without emotion. Disappear without trace. Take control of one of four characters, four perspectives, four play styles. Street smarts, brute force, cutting-edge tech skills or good old fashioned tricks of the trade: each will allow you to tackle a similar obstacle much differently. Choose your path through the non-linear story by picking the part of the narrative you want to hear next, and then approach each mission as carefully or brazenly as you like. Utilize stealth, exploration and speed as the situation – and your preferred experience – warrants it. Get rid of the bodies and other damning evidence to wipe the decade’s slate clean before the new millenium comes!

Serial Cleaners is an homage to 90s cinema – from Tarantino’s classics through cult crime thrillers to B-movie action favorites and more – Serial Cleaners remixes those familiar places, characters and scenes into its own unique spin on a decade full of brightly colored optimism… and the grime underneath it all. The game soundtrack is composed of many genres that defined the end of the 20th century, from East Coast hip hop to industrial metal and rave. Doesn’t matter if the sound of “your” nineties was defined by the clubs, the festivals, or the radio – we’ve got you covered.

Serial Cleaners (Switch – eShop) comes out in 2021 in Europe and North America. The Upcoming Games page has been updated!

Thunderful have announced their latest game for the Nintendo Switch: Source of Madness, an action platformer developed by Carry Castle.

Source of Madness is a lovecraftian rogue-lite action-platformer where you are challenged by dynamic and ever-changing monsters from the void. Prepare to fight unique monsters, learn powerful spells, and uncover a twisted and always changing dynamic world as you adapt to and overcome that which has never been seen before.

Source of Madness (Switch – eShop) does not have a release date yet. The Upcoming Games page has been updated!

Curve Digital have announced their latest game for the Nintendo Switch: Space Crew, a “sequel” to Bomber Crew. It will be released this September in Europe and North America, and will cost 19.99€ / £17.99 / $19.99.

Your continuing mission: To defend Earth and humankind, to eliminate the extraterrestrial threat and to boldly go where no Crew has gone before! Enlist today and blast off to new heights! Are you ready to enter ship-to-ship combat while balancing your strategy, managing your resources and keeping crew abilities in check to stop ship invasions, repair systems, tackle fires and take evasive action? Recruit YOUR Space Crew from your captain to comms officer, weapons officer, engineer and more – you will be able to create your own unique crew with customisable equipment, load-outs, appearances and names. The U.D.F. is doing their part, are you?

Space Crew (Switch – eShop) comes out in September in Europe and North America. The Upcoming Games page has been updated!

Raw Fury have announced that West of Dead will be released on August 5th in Europe and North America.

Descend into the grim and gritty world of Purgatory in this fast-paced cover shooter which combines the fluidity of twin-stick controls and tactical cover usage. Dodge behind cover as you try to outgun your enemies in the unknown procedurally generated hunting grounds.

West of Dead (Switch – eShop) comes out on August 5th in Europe and North America. The Upcoming Games page has been updated!

Devolver Digital have announced that Ruiner will also be released on Thursday (June 18th) in Japan, just like in Europe and North America. 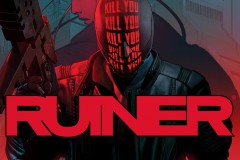 Ruiner (Switch – eShop) comes out on June 19th worldwide. The Upcoming Games page has been updated!