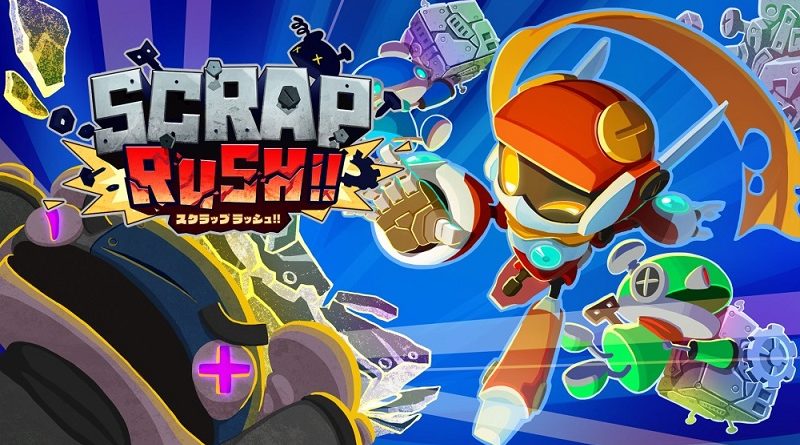 PQube have announced that they are bringing Scrap Rush!!, the latest game from Acquire (the developers of Octopath Traveler, and many other games), to Europe and North America. This multiplayer game, inspired by the likes of Bomberman, will be released this Summer in the west.

SCRAP RUSH!! puts you and your friends into an arena full of metal blocks that might remind you of classics like Bomberman. Instead of bombs, you collect scrap, turn it into blocks, launch them in straight lines to crush your opponents between them and the wall to grab their scrap while dodging other players’ attacks! Depending on the game mode, last robot standing or the one with the most scrap wins.

Choose a block …
Get next to a block or create one with scrap.

… launch …
Position yourself to line up a shot.

… crush!
Crush your enemies between the block and the wall to watch their scrap go flying in a big explosion!

Scrap Rush!! (Switch – eShop) comes out this Summer in Europe and North America. The Upcoming Games page has been updated!