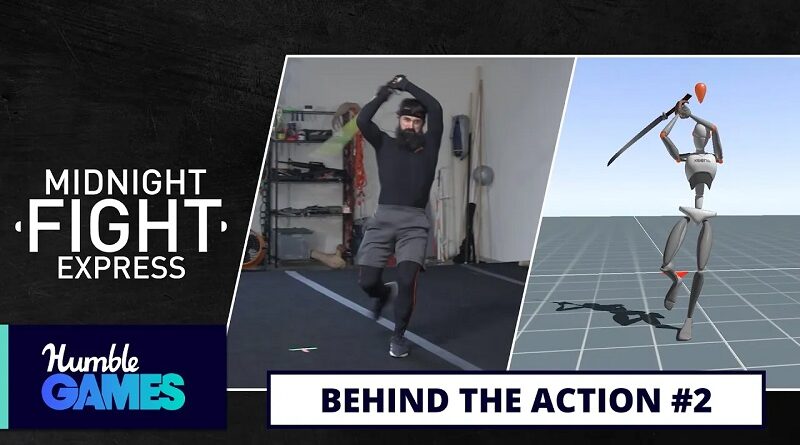 Humble Games have shared a second Midnight Fight Express, the “high-intensity 3D brawler” developed by Jacob Dzwinel and releasing on August 23rd in Europe and North America. This time, we get a look at how Eric Jacobus (studio head of Super Alloy Interactive and professional stuntman)  brought the combat, bosses and weapons to life.

Midnight Fight Express is a high-intensity 3D brawler that brings the player back to the heyday of 80s action cinema and gaming. The title is developed mostly by one man, Jacob Dzwinel, and is published by Humble Games. To help bring the game’s dynamic battles to a new level, Dzwinel enlisted the help of Kratos’s stuntman himself, Eric Jacobus, who brought together an action team at his Las Vegas-based SuperAlloy Interactive studio to design and perform motion capture for the game’s unique combat engine.

And in case you missed it, here’s the first behind-the-scenes video:

And in case you’re not familiar with Midnight Fight Express, here’s a trailer, some details, and the list of key features:

Midnight Fight Express hasusers play as Babyface, a former member of the criminal underworld lured back into “the life” by a mysterious AI drone. Fueled by vengeance from a lost past, players must fight their way across the city before sunrise and prevent a citywide criminal takeover.