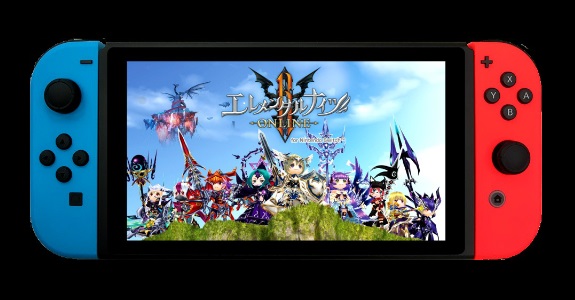 Last week, Winlight announced they were bringing Elemental Knights Online, a MMORPG originally released on smart devices to the Nintendo Switch. Unfortunately, we don’t know anything about this version of the game, just that it will offer cross-play with the smart devices version.

Elemental Knights Online (Switch) comes out this Summer in Japan. The Upcoming Games page has been updated!

Here’s the latest trailer for Garage:

Garage (Switch – eShop) comes out on May 10th in Europe and North America.

Here’s a trailer for Fairune Collection:

We'll be announcing full release details for Fairune Collection very soon, and we'll also share more on what you can expect from the 4 games included! You asked for footage, though, so here's a little video we made for the Switch version – it's coming to PC too! pic.twitter.com/bXUBOmV7qh

Fairune Collection (Switch – eShop) comes out in May in Japan, and later this year in Europe and North America.

Last week, Cosen announced that Fight of Gods (a fighting game) will be released later this year on Nintendo Switch (in Japan). The Upcoming Games page has been updated!

And here’s another artwork:

Here’s the latest The Download video from Nintendo of America, highlighting some of the games released in April on the Nintendo eShop:

Here’s a video for Deemo, showing a tech demo for using the Toy-Con Piano to play the game:

Unfortunately, it’s not clear if such a feature will ever be added to the game, but it’s certainly intiguing to think about how developers could get to use the various Nintendo Labo creations with their own games!