A few weeks ago, Inti Creates announced that Dragon Marked for Death will get a retail release in Europe and North America (not just in Japan), but that said release would not be simultaneous. Nighthawk Interactive (their publishing partner) is going to have the retail release follow “as soon as possible”, and we finally know how “soon” that is!

Yesterday, Nighthawk Interactive announced that Dragon Marked for Death will be available at retail from March 26th in North America and Europe. This version costs 49.99€ / $49.99, and includes the base game, but also all the DLC (including the early purchase bonus).

Next, here’s the latest of character details and concept art: 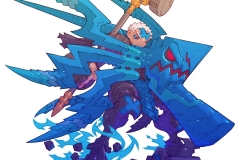 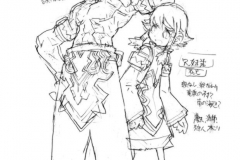 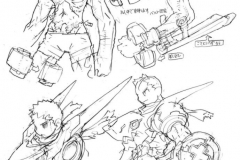 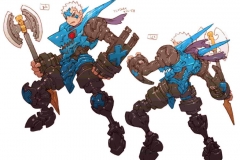 He grew up an orphan in the Dragonblood Clan orphanage, and bears the power of the Astral Dragon in his chest. The younger orphans looked up to him like an older brother. While fishing in a nearby river, his brothers and sisters were slain by the Divine Knights. 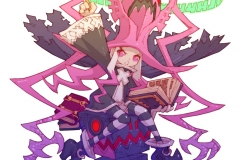 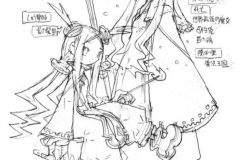 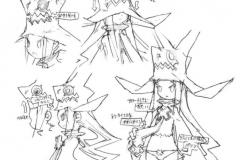 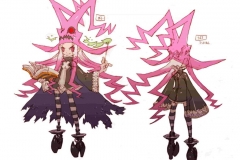 She is a Dragonblood girl who lived in the Magic Kingdom of Litus, and was known as “The Last Magician”. She bears the Astral Dragon’s power in her head. After the fall of Litus, and her mother’s passing, she returned to the Dragonblood Village to find it destroyed. 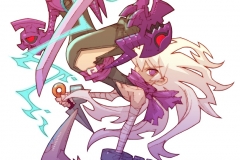 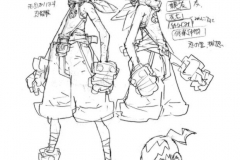 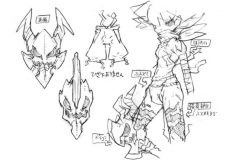 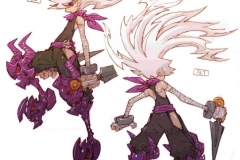 He is a young shinobi who bears the power of the Astral Dragon in his legs. He trained zealously alongside his best friend in ninjutsu, until his friend one day ran away to the kingdom of Marlayus. He hunted him down, and upon his return, found his village destroyed.

And finally, here’s the latest set of concept art: 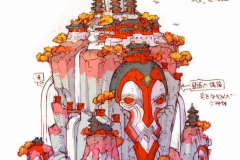 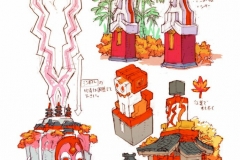 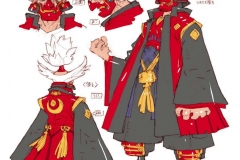 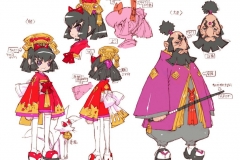 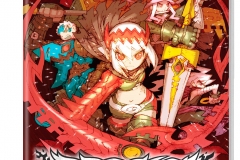 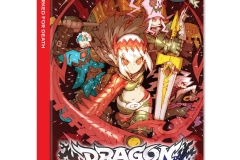 Finally, here’s the list of key features for the game, along with some screenshots:

Four Different Playable C haracters – Players can take control of the Empress, Warrior, Shinobi or Witch, each with their own unique moves and playstyles, allowing for a deep, strategic action experience.
Play solo or with up to 4 players – Players can enjoy the entire experience on their own, or team up with friends in either local or online multiplayer.
Fantasy Pixel World – Dragon Marked for Death comes to life on the Nintendo Switch with its hand-drawn pixel art from some of the industry’s best pixelmancers.
Massive Boss Battles – Players will be in awe as Dragon Marked for Death’s fantastical bosses take up the entire screen of the Nintendo Switch.
Immersive Storylines – Dragon Marked for Death contains over 30 main quests and numerous side quests, giving players more than enough content for an action RPG.
Striker Gear Pack – Unlocks a unique weapon for each of the 4 playable characters that is limited to the initial run of the physical edition.

Dragon Marked for Death (Switch) comes out on January 31st worldwide, with the retail release following on March 26th in Europe and North America. The Upcoming Games page has been updated!