Here’s the latest trailer for The Legend of Zelda: Twilight Princess HD, focusing on Midna and Wolf Link:

Here’s another video, showcasing the one and only Postman:

“This guy shows up in the strangest places! And what’s with his humming? It sounds…familiar.” –Midnahttps://t.co/ioJyrtNIHu

Here’s the 15 finalists for the 2016 World Video Game Hall of Fame:

The inductees will be announced during a ceremony at The Strong museum, to be held on Thursday, May 5th. You can vote for your favorite 2016 World Video Game Hall of Fame finalist by clicking here! 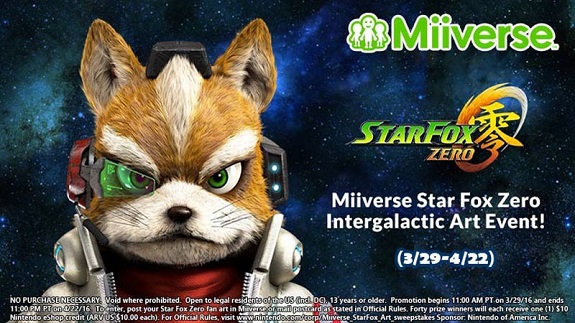 Click here for more details about this contest, only open to people living in the United States.

In an interview published in Retro Gamer, we learned some details about the relationship between RARE and Nintendo, and their unspoken rivalry:

Here’s the top 5 grossing handheld games for 2015 (worldwide), according to App Annie:

Yesterday, Nintendo announced that there would be no more Nintendo Zones at McDonalds restaurants from April 1st, in Germany. The new location for Nintendo Zones in the country will be announced at a later date.

Here’s a video from CoroCoro magazine about the Yo-kai Sangokushi press conference (which was held on Monday):

Yo-kai Sangokushi (3DS) comes out on April 2nd in Japan.

Here’s two more screenshots for Bokujou Monogatari 3tsu no Sato no Taisetsuna Tomodachi (latest entry in the Story of Seasons series, coming out on June 23rd in Japan), which show multiplayer. You can chat with friends, fish together, and more.

Today, the demo version for the Nintendo 3DS version of Terraria was released in Japan. Once you’re done with the tutorial, you can enjoy the game freely (but you cannot save) Also, pre-loading is now live for the full game: it requires 455 blocks / 56MB of free space on your SD Card.

Today, Warner Bros. announced that LEGO Star Wars: The Force Awakens would be released later this year in Japan, on Wii U and Nintendo 3DS. The game will be featured in Famitsu magazine, where readers will find details about the games, but also comments from the creators.

LEGO Star Wars: The Force Awakens (Wii U / 3DS) comes out on June 28th in Europe and North America, and later this year in Japan.

Here’s pictures of some Splatoon tape, now available in Japan:

Here’s the latest card from the 4th series of Fire Emblem 0 cards (which launched earlier this month in Japan):

Here’s some preview pages of the 7th Dragon III code:VFD Visual Collection book, which came out today in Japan:

Until April 16th, the following games are on sale on the Nintendo eShop in Japan: