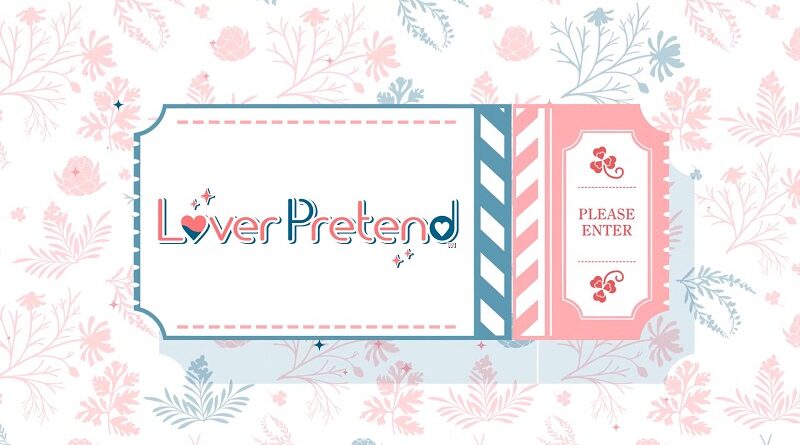 After Piofiore: Episodio 1926 last month, and Paradigm Paradox on October 27th, Aksys Games have another Otome Visual Novel on the way: Lover Pretend. It will be released on December 1st in Europe and North America.

Just like past releases from Aksys Games, players who buy a first-print copy of Lover Pretend at retail will get an exclusive set of six full-color character cards. Here’s what they look like: 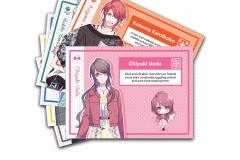 Also, fans who pre-order the game from the Aksys Games will get not just the cards, but also a bonus soundtrack CD (while supplies last).

Chiyuki lives alone, spending her days busily studying at college and her nights working late as a part-timer. She has two dreams: one is to become a screenwriter, the same aspiration her mother had before she died, and the other is to find the father she’s never known. The only clue Chiyuki has is that her mother wrote a script for a popular drama series before she was born. “Maybe someone involved in the film knows something…?”

The same director is filming a new series with sons of the men who worked on that previous one as part the crew. Chiyuki joins the production as an assistant screenwriter and searches for answers as she tries her best at her new job. But as fate would have it, she is pursued by the sons involved in the production.Chiyuki tells herself she’s simply pretending and that she’s not really in love, or is she?Will Chiyuki, who knows nothing of real love, be able to write her own story?

Chiyuki is a college student with dreams: One, to become a scriptwriter like her late mother, and two, to find her father, whom she’s never met. Living alone with no romantic experience whatsoever, Chiyuki struggles with writing stories about love. But one day, on the hunt for clues for the identity of her father, Chiyuki learns that he may have been involved in the production of a romantic drama based on a script her mother wrote before she was born.

In a stroke of luck, Chiyuki lands a job as an assistant for an upcoming film working with the sons of the former staff from her mother’s soap opera. But things take an even more surprising turn when she’s cast as the film’s female love interest! Will she be able to find her father and pretend to be in love, despite not knowing anything about love herself?

Lover Pretend (Switch) comes out on December 1st in Europe and North America.