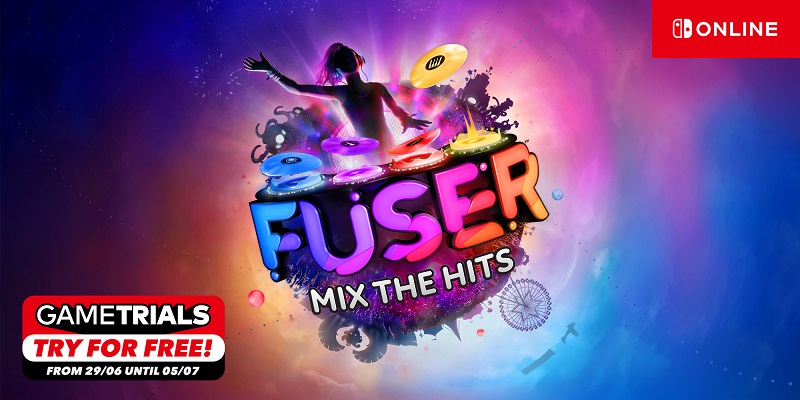 Nintendo have announced that the latest Game Trial for Nintendo Switch Online subscribers in Europe and North America is FUSER. It will be playable for free from June 29th to July 5th, though you can already download the game starting today in order not to miss a second of the free period!

Also, in North America, FUSER will be on sale from June 29th to July 9th, with a 25% off discount! 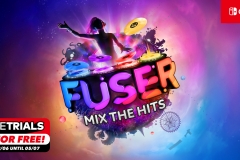 Also, Harmonix have announced that two more DLC tracks will be released this Thursday (June 24th):

“Head & Heart” by Joel Corry ft. MNEK brings some of the most exciting music coming from the UK to the FUSER Festival! This song earned the No.1 spot on charts in Belgium, Ireland, Israel, Netherlands, Serbia, and in the UK as well as other countries around the world. It’s already been certified 2x Platinum in the United Kingdom and earned the duo a nomination for Song of the Year at the 2021 Brit Awards. The track hit Top 10 on the Billboard US Hot 100 and US Mainstream Top 40, while reaching No.3 spot on the Billboard US Hot Dance/Electronic Songs chart.

The drum disc starts as a classic Pop and Dance rhythm where tension builds halfway through the loop offering an exciting energetic boost. The low end of the bass with the light and spacey sounds coming from the lead instrument disc make the song feel brilliantly balanced. The lead vocal disc has a clear and memorable melody. When the vocal line, bass, and piano from the lead instrument disc all move in lockstep there is a moment of total musical euphoria.

Masked Wolf “Astronaut In The Ocean,” originally released in 2019, started gaining steam on social media toward the end of 2020. When Elektra Records re-released the track earlier this year the song rose to the top 10 in Australia, across Europe, and in the US. With over 28 million monthly listeners and 500 million streams of “Astronaut In The Ocean” on Spotify alone this artist has captivated listeners worldwide.

The bass disc is booming and maintains controlled energy throughout the track making room for the rest of the elements to flourish. The drum disc offers a classic Hip-Hop beat with a perfectly compressed hi-hat. The creative synth sounds and manipulated electric guitar set a perfect stage for Masked Wolf to lay down relatable lyrics with his captivating vocal flow.