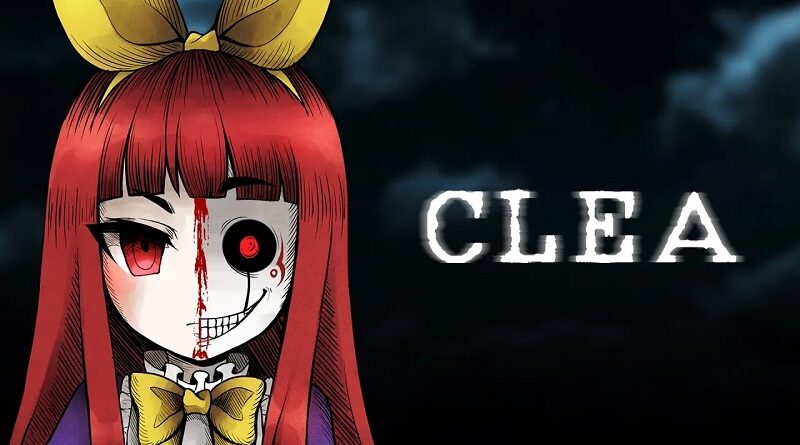 Sekai Games have shared some more details for Clea, which releases this week in Europe and North America:

After experimenting on the Chaos Servants, Clea’s parents have let the monsters loose in the Whitlock Mansion. Trapped inside by her family, Clea must find her way out and escape with her little brother in tow. This Halloween help Clea solve puzzles and avoid the Chaos Servants in this exciting paper theater game!

In Clea, players follow the young woman and her brother as they attempt to escape a house filled with beings that mean them harm. Players must stay alert, listening and wondering where these creatures could be. Solving puzzles, hiding, collecting and using objects to safely get through the sinister mansion and escape.

Outwit the Chaos Servants who are on the hunt. Listen for their footsteps, peek around doors, and stay far, far away from impending dangers. Hunt down key items and solve the puzzles designed to lock you from the outside world and unveil the family history, and possibly discover their bloodline is filled with dark memories. Obtain memory orbs and uncover your family secrets through bonus chapters.

Watch your back, Clea. Those closest to you may be the real terror.

The game will cost 14.99€ / £13.49 / $14.99, and will be playable in the following languages: English, French, German, Spanish (Spain, Latin America), Portuguese, Russian, Japanese, and Chinese (Traditional, Simplified).

Klabater have announced their latest game for the Nintendo Switch: The Amazing American Circus, which blends RPG, tycoon, and card gameplay. It will be released in 2021 in Europe and North America.

The Amazing American Circus brings a unique blend of the RPG, tycoon, and a card game. Build a strong deck of cards, improve the individual stats of your troupe, and manage your own circus camp. As a circus owner, you will hire unique and exotic artists, each of them offering a new set of cards that you will use during shows. In this strange company, you will explore the United States full of colorful characters and local folklore. Write your own story, build a circus empire, and experience all the glory, beauty – and danger! – of the turn of the 20th century.

The Amazing American Circus tells the story of one of the most iconic forms of entertainment in American history. The USA during the Gilded Age is a turbulent place. On the East Coast spring up modern metropolises, while on the other side of the country cowboys and robber barons fight for their place in the upcoming new era. This is the place where you will have to write your own story and build your circus empire. You take the role of an impoverished owner of a traveling Circus you inherited from your father. Through your personal and multithreaded story, The Amazing American Circus reveals mysteries behind a uniquely American form of entertainment, full of bizarre folklore, brutal crime, and social inequality.

TRAVEL ACROSS THE USA. The United States was a new, developing country with settlers steadily pushing the American frontier… To reach their public at the time, showmen had little choice but to travel light and fast. You will visit legendary places and meet iconic characters being a part of the American circus heritage. You will plan your trip and adapt your artistic offer to different groups of viewers. The Amazing American Circus is a classic ‘travel’ game. Emerge from the Wild West and reach the progressive East Cost while seeking for glory.

ENTERTAIN THE AUDIENCE. Deliver a perfect show in a special card duel between you and the audience. Their boredom is your enemy and your performances and tricks are the best weapons. Choose your cards wisely and try to figure out the mood of the crowd. What’s attractive in the deep South won’t necessarily work in the industrialized North!

HIRE YOUR OWN TROUPE. As an owner of a traveling Circus, you desperately need to look for new troupe members while competing with other circuses. You will gather an exotic crew of strange individuals who will perform for you, but can you deliver the best shows around while traveling from coast to coast? And remember, you will not become a Circus giant with a bunch of few selected performers. You will constantly have to replace entertainers to make your show attractive for different audiences.

RPG, A CARD GAME, AND A TYCOON! The Amazing American Circus brings a unique blend of the RPG, tycoon, and a card game. Build a strong deck of cards, improve the individual stats of your troupe, and manage your own circus camp.

NARRATIVE DIME-NOVEL GAME. Unique story, love affairs, and hateful enemies, magnificent shows with challenging audiences and quests, all of this wrapped up in a writing style of the dime novels from the turn of the 20th century – that’s what The Amazing American Circus offers.

The Amazing American Circus (Switch – eShop) comes out in 2021 in Europe and North America.

Here’s the latest video for Alchemic Cutie, showcasing Tiled (the world editing tool used to create the world of the game):

Streamline Media Group have announced that Bake ‘n Switch is to get some free DLC on October 29th. The following will be added to the game:

Toss those pesky Buns into your trusty basket and fight off Mouldies as you race to the oven. In Bun Solo you can play through 50 single-player levels with challenging puzzle mechanics, as well as some familiar power-ups to help you as you bake. Max out your scores to win special costumes and challenge yourself in stormy maps where weather and enemies are harder to batter and beat!

Shroomageddon co-op expansion pack. This invasion grants Bakers new protective fluorescent costumes as they battle through 14 levels of fungi. Watch out for the new mini-boss, and batter-up to push back the shroom forest and beat the spores out of those Mouldie Buns!

To celebrate this free DLC, the game is currently on sale with 15% off until November 1st!