Today, during the Nintendo 3DS Direct, Nintendo talked a bit about the Legend of Zelda series, which celebrates its 30th Anniversary this year.

They will have some special functionalities in The Legend of Zelda: Breath of the Wild, but it’s not quite clear what they will do just yet. They will be released on December 1st in Japan, and December 2nd in Europe and North America.

The Legend of Zelda: Skyward Sword

During the Nintendo 3DS Direct, Nintendo announced that The Legend of Zelda: Skyward Sword would be released as a Wii Download on Wii U… right now! And it doesn’t matter which region you’re from: Europe, North America, and even Japan get it today.

In Europe, there’s even a special promotion, where you can get 50% Pikmin: New Play Control! until September 15th.

Here’s what’s included in this pack (available separately, or as part of the Season Passes):

But before you can enjoy today’s DLC, you first need to download an update.

The update brings the game to Ver. 1.11.0, with the following changes:

This update requires ???MB of free space on your Wii U or external HDD. To download it, you have two options:

To check that you have the latest version, simply launch the game: you should see Ver. 1.11.0 just below the game’s logo: 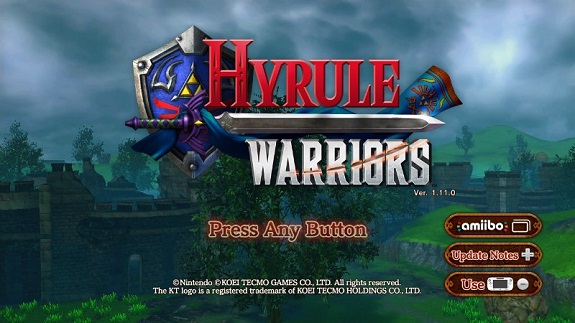 The update brings the game to Ver. 1.5.0, with the following changes:

This update requires 1 287 blocks / 160MB of free space on your SD Card. To download it, you have three options:

To check that you have the latest version, simply launch the game: you should see Ver. 1.5.0 just below the game’s logo:

As an extra, here’s some more screenshots for the latest DLC Pack for Hyrule Warriors Legends, courtesy of Famitsu:

Thanks Jucksalbe for the Nintendo 3DS screencaps.