Starting today, Catherine: Full Body is available for pre-purchase on the Nintendo eShop in Europe and North America.

Clive ‘N’ Wrench (Switch) comes out this Winter in Europe and North America.

Here’s the latest soundtrack video for Sid Meier’s Civilization VI, this time featuring the music for the Gran Colombia civilization from the New Frontier Pass:

Draw Distance have announced that Serial Cleaner has now sold over 1 million units worldwide, on all platforms. Unfortunately, no regional or platform breakdown is provided. 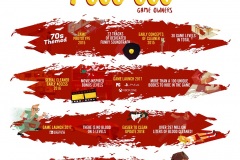 Heads up for fans of Worse than Death: the game is getting a sequel… as a comic book. The first chapter is now available on ComiXology for $0.99, with Chapter 2 currently in the works.

Here’s the launch trailer for the comic book: