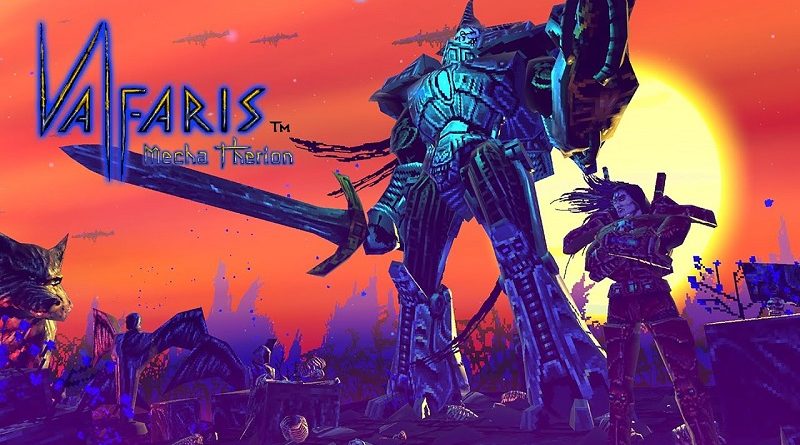 Big Sugar have announced their latest game for the Nintendo Switch: Valfaris: Mecha Therion, an action-packed side-scrolling shoot ’em up developed by Steel Mantis. It’s a follow-up to Valfaris, an action platformer by the same developers. It will be released sometime in late 2022 in Europe and North America.

Therion returns as the hunt for Lord Vroll continues. Pilot an advanced machine of death and destruction in this explosive 2.5D side-scrolling shoot ‘em up, and sequel to the critically acclaimed Valfaris. Strap in and unleash mecha hell! After escaping Valfaris, Therion’s hunt for the evil Lord Vroll has taken him across the galaxy. As the final, inevitable showdown looms, Therion harnesses the awesome combat ability of his secret weapon – Mecha Therion! A formidable suit of weaponised metal, Mecha Therion can be equipped with an array of devastating firepower, including enemy eviscerating favourites such as Bringer of Mayhem, Skysplitter, and Therion’s trademark Hellwraith.

Valfaris: Mecha Therion (Switch – eShop) does not have a release date yet, but is slated for a late 2022 release in Europe and North America.