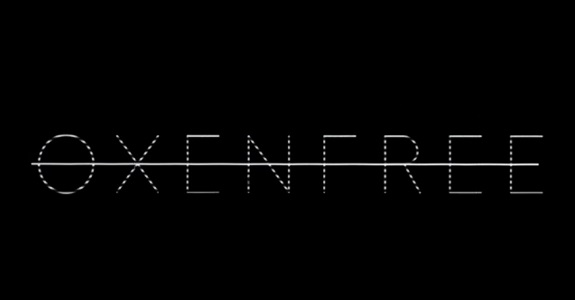 Last week, tons of new indie games were announced for the Nintendo Switch, but not all of them were showcased during the Nindies Summer Showcase on Wednesday. Quite a few of them were “stealth-announced” right after the presentation, such as the critically acclaimed Oxenfree by Night School Studio.

Oxenfree is described as an adventure game combining a coming-of-age tale and a supernatural thriller. You get to play as Alex (a bright, rebellious teenage girl) who brings her new stepbrother Jonas to an overnight party on a decomissioned military island. Everything goes (more or less) well until you (unwittingly) open a ghostly right, that has its origin in the cryptic past of the island. Talk about a partypooper!

You play as Alex, a bright, rebellious teenaged girl who brings her new stepbrother Jonas to an overnight party on a decommissioned military island. The festivities are framed by a dangerous sneak to a forbidden beach, celebrating with friends and navigating prickly situations with enemies. But the night takes a horrifying turn when you unwittingly open a ghostly rift spawned from the island’s cryptic past. How you deal with these events, your peers, and the ominous creatures you’ve unleashed is up to you.

Oh, and if you’re wondering where the title is supposed to come from, the developers have a pretty interesting answer:

Oh, right. Depends on who you ask… one version of the story says it started as a German phrase, “alle alle auch sind frei,” which loosely translates to “everyone, everyone is free.” Another side says it was “all ye all ye outs in free,” essentially saying, “it’s safe to come in.” We know it from years of hide ‘n’ seek.

Finally, here’s a trailer (not from Nintendo Switch version) and some pictures for the game:

Oxenfree (Switch – eShop) comes out in October in Europe and North America. The Upcoming Games page has been updated!